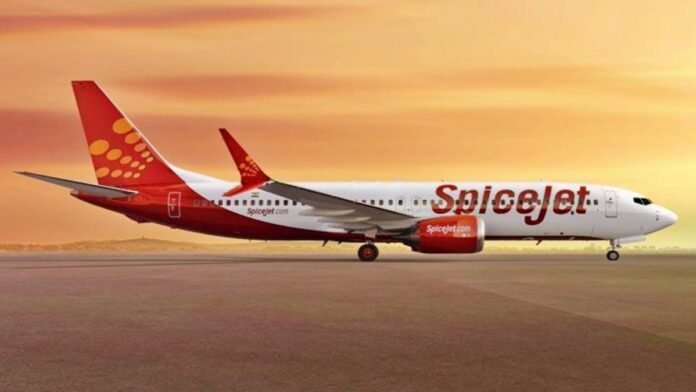 New Delhi: Budget carrier SpiceJet is said to be inactive in talks with a middle eastern aviation company for a possible sale of the stake, multiple reports said on Wednesday, August 3. The big middle eastern company has expressed its interest to buy a 24 percent stake at SpiceJet and get a seat on the board of the company, the report said.

As per reports by ET Now and CNBC TV18, SpiceJet is also in talks with a large Indian conglomerate, which has approached the carrier’s promoter, Ajay Singh, for a stake sale. Singh, who currently holds a 60 percent stake at SpiceJet, is exploring possibilities of a partial sale of the same.

“The company continues to be in discussions with various investors to secure sustainable financing,” a SpiceJet spokesperson was quoted as saying by CNBC TV18. The spokesperson further added that the company will make “appropriate disclosures in accordance with applicable regulations”.

Shares of SpiceJet soared 4.05 percent to scale Rs 46.20 during early trade on Wednesday, data on BSE showed. The stock opened at Rs 44.40 on the day, before settling to Rs 46.20 while writing this article. On NSE, SpiceJet shares were up by 4.06 percent to stand at Rs 46.15. As of now, SpiceJet stocks have rallied almost 6 percent on the back of the news, as per market data.

On August 2, too, the stock of SpiceJet soared 5 percent after it announced that the carrier had entered into an agreement with the Airports Authority of India (AAI), and had cleared all its outstanding principal dues to the airport regulator. “With this, SpiceJet will no longer remain on ‘cash and carry’ at AAI-run airports across the country and will revert to advance payment mechanism for daily flight operations,” SpiceJet said in a statement on Tuesday.

The Centre-run AAI had 2020 put SpiceJet on a ‘cash and carry’ basis as the carrier was unable to clear its previous dues. In the ‘cash and carry’ model, the airline has to make daily payments to the AAI for various charges — navigation, landing, parking, and others — to operate flights.

Aviation regulator DGCA had on July 27 ordered SpiceJet to operate not more than 50 percent of its flights, which were approved for the summer schedule, for a period of eight weeks. On July 6, the Directorate General of Civil Aviation (DGCA) issued a show-cause notice to SpiceJet following at least eight incidents of technical malfunction in its aircraft since June 19.

13/08/2020/5:13:pm
New Delhi: The Supreme Court has extended the deadline for registration of these vehicles, giving a big relief to the owners of BS-IV vehicles....

Most of the 27,000 children present in the Syrian camp, children of IS terrorists

Further decline in rupee possible, domestic currency may fall to the...