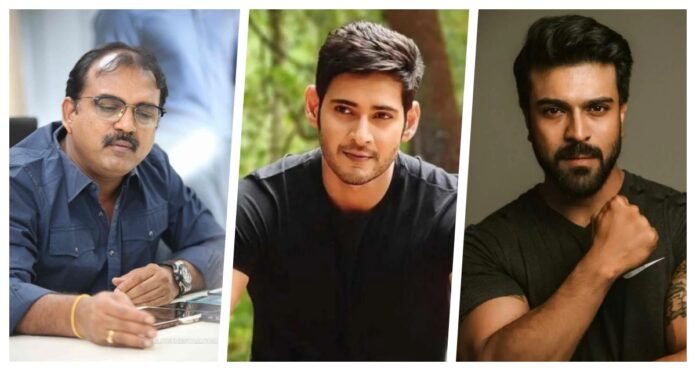 Mumbai: Awara director Koratala Siva has an interesting lineup of films. While Chiranjeevi starrer ‘Acharya’ is set to release on April 29, the ‘Bharat Ane Nenu’ fame director has started work on his next film NTR 30. As we all know, he tends to make bigger, better, and bigger movies than life. In a conversation with Pinkvilla, director Koratala Siva has officially confirmed to do films with Ram Charan and Mahesh Babu.

Koratala will be in front of the audience with big-budget action, emotion and drama. The director will be seen working with Mahesh Babu and the second Ram Charan in this interesting first story. Giving more details, Koratala said ‘I have a film which will be with Mahesh Babu. Obviously, this is a super combination. We have done 2 films, which are the biggest hits of his career. We are definitely doing a film together, which will be a hat-trick.” Shiv Koratala reveals his upcoming projects. He further said that it is too early to talk about it now.

More than 350 prisoners in Thiruvananthapuram Central Jail infected with Coronavirus

Air India Sale: The government has fixed the minimum price

30/09/2021/2:01:pm
New Delhi: AI disinvestment: The Modi government on Wednesday met two bidders interested in the disinvestment of Air India. In this meeting, among other...

Don’t Look At Everyone In Industry With Same Lens: Akshay Kumar

03/10/2020/11:33:pm
Mumbai: Superstar Akshay Kumar on Saturday made a heartfelt appeal to fans as well as the media to not paint every film personality with...

18/10/2022/9:08:pm
Houston: The grand festival organized on Diwali-Dussehra in Houston, USA is showing the culture, heritage, and values ​​of India in a unique way. The...

Eight flights diverted due to heavy rain in Delhi

30/05/2022/9:42:pm
New Delhi: Eight flights have been diverted to Jaipur, Lucknow, Chandigarh, Ahmedabad, and Dehradun on Monday due to bad weather in the national capital...

Dhoni left the captaincy on lines of Kohli, spoke to...