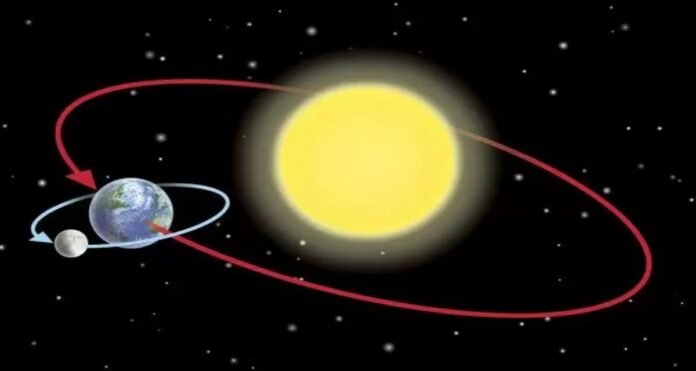 Many scientific studies have been done on the effect of the Moon and Sun on the living beings of Earth. Although there are scientific explanations for the effect of the Earth’s weather and the Moon’s gravity on the Earth’s climate due to the Sun, the overall effect of these bodies from a scientific point of view has not been studied in any specific way. In a new study, it has been told that the Sun, Moon, and Earth together affect the life of the Earth, including plants and animals. The main role of the Sun and Moon’s gravity in this effect has been told.

Effect of orbit mechanics of three
In this study, the team of international experts claimed that the effect of gravitational tides created due to the orbital mechanics of the bodies is in sync. This fact was being ignored till now. The study’s lead author, Cristiano Di Mela Gallup, explained the implications of this process to the NAI.

Effect as tide
According to Gallup, all living or non-living things on Earth feel the effect of the gravitational force of the Sun and the Moon in the form of tides. The periodic pulsation shows two daily cycles due to the activity of these two celestial bodies and changes every month and year. Gravity has always had an effect.

Size of lyrical movements
Elaborating on the effect of gravity on biological rhythms, Gallup explained that it evolved with periodic pulsations where gravity had always been a factor. He told us what we wanted to show in this article is that forces such as gravitational tides have always shaped the rhythmic movements in these organisms.”

Data from three studies
The researchers gathered their data on the basis of three previously published studies and came to their conclusion after studying them. These studies included processes such as the exclusion of gravity from isopods and small shellless crustaceans, attempts to breed corals and changes in self-luminosity in the formation of sunflower seeds.

Effect of gravity
A detailed analysis of the data from these three studies revealed that local gravity tides alone are sufficient to manage the cyclic behavior of organisms observed in these studies. This effect has also been observed in the absence of other rhythmic effects such as light and temperature.

Small to big changes
The researchers of this study, published in the Journal of Experimental Botany, found that the rhythmic cycles of some organisms continued even in the absence of light. Experts also maintained that gravitational cycles do not only affect simple organisms but also establish a cyclical shift with a lunar cycle of 24.4 to 24.8 hours.

WHO considers delta variant to be most dangerous, patients found in 185 countries so...

22/09/2021/8:51:pm
New Delhi: The World Health Organization (WHO) says that the Delta Covid variant is currently the most effective infectious virus strain, which is reported...

19/12/2020/5:59:pm
Bengaluru: Wistron Corporation, the manufacturing company for the iPhone, has removed one of its officers after a disturbance at the plant in Karnataka. With...

23/09/2020/12:55:am
Gurgaon, Haryana, India:  An exasperated Pawan Kumar fell in a wooden cot in the courtyard immediately after returning from another strenuous trip to Delhi and...