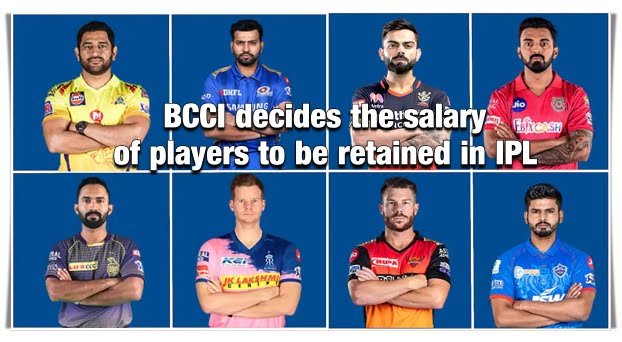 Before the mega auction of IPL, BCCI has started preparations for the new season of IPL 2022. Next season there will be 10 teams instead of 8. Two new teams, the entire team of Lucknow and Ahmedabad, will hit the ground in IPL 2022. Along with this, BCCI has made it clear that for the new season, the earlier 8 franchise teams will be able to retain only 4 players of the team adorned with their current players, in which there cannot be more than 3 Indians, not more than 2 overseas players. Can and will not have more than 2 uncapped cricketers. That is, in this formula, for the next season, new players will have to be bought and made a team.

The new 2 teams for the next season will have the freedom to choose 3 players out of the auction, of which not more than 2 Indian players will be there. There will be one foreigner and only one player can go uncapped. The purse capacity of each team has been increased to Rs 90 crore. BCCI has also decided that when IPL teams retain their players, then how much their purse capacity will be reduced.

The BCCI has also given time to the franchise teams to finalize the list of players to be retained for their team. The franchise teams will have to submit their list to the BCCI by finalizing it between November 1 and November 30. And, the two new teams have also been given time to choose 3 players. The new teams of Lucknow and Ahmedabad will be able to give the list of their 3 players to the BCCI between December 1 and December 25, 2021.

Will you stop the implementation of agricultural law or should we take steps? ...

03/07/2021/9:56:am
Washington: The US has included Pakistan along with 14 other countries in a list of the Child Soldier Protection Prevention Act (CSPA). The law...

18/08/2021/9:22:pm
New Delhi: A Delhi court on Wednesday acquitted senior Congress leader Shashi Tharoor in connection with the death of his wife Sunanda Pushkar in...