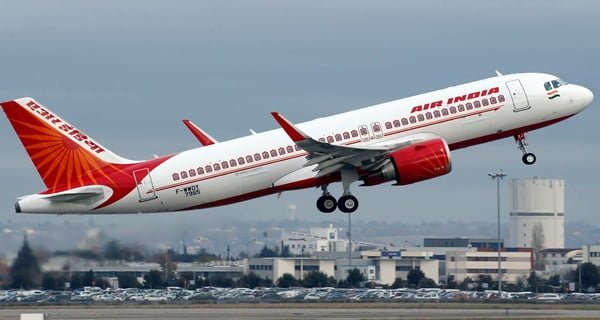 New Delhi: A flight of Air India from New Delhi to Newark had to land back in the middle of Thursday morning. The reason for the return of the flight is said to be a bat found in the plane. A local standby emergency was declared for Air India flight AI-105 DEL-EWR. In fact, the flight landed back in Delhi about 30 minutes after taking off from Delhi airport.

It is being told that after the bats were revealed to be in the plane, the pilot had talked about the bats being in the flight with the same air traffic control, after which the decision was taken to return the flight. According to a report, official sources have said that the flight took off from Delhi’s Indira Gandhi International Airport at 2:20 pm on Thursday. About 30 minutes after takeoff, there were reports of bats in flight, after which the aircraft was forced to land.

According to the information, after landing, the Wildlife staff were called to the spot and they took the bats out of the flight. While giving further information in this matter, a report said that the passengers of the aircraft were shifted to Newark and shifted to Newark.

Air India’s flight AI-105 DEL-EWR made its landing at Newark at 11.35 am. The DGCA has sought a full report after the matter came to light. It is being told that, at the time of loading from catering vehicles, bats may have entered the flight.

27/01/2021/9:07:pm
Washington: America's President Joe Biden is about to fulfill his election promise and is going to reintroduce the government health insurance scheme so that...