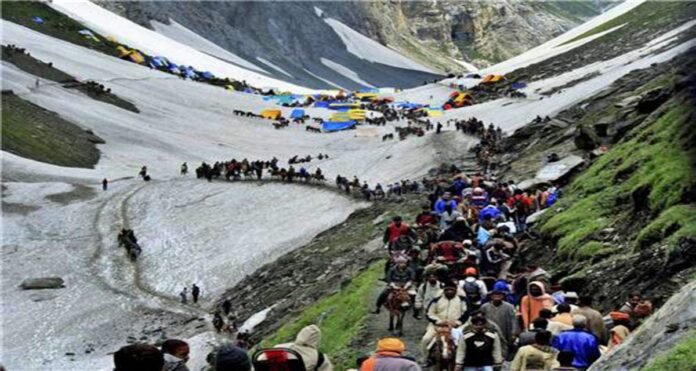 New Delhi: According to the big news, today Amarnath Yatra has been stopped once again due to bad weather. Significantly, after the cloudburst incident, this yatra was started from Pahalgam and Baltal route.

It is to be known that on July 8 near the Amarnath cave, at least 16 people died due to flash floods caused by heavy rains due to cloudburst.

09/08/2020/11:47:pm
Mumbai: Bollywood superstar Amitabh Bachchan remains very active on social media. He often tries to connect with his fans through social media. At the...

Gunman opened fire in the mall in Copenhagen, many killed

04/07/2022/8:59:am
Copenhagen: Several people were killed and several injured by a gunman who opened fire on Sunday in the Mall of Copenhagen, the capital of...

11/01/2021/3:17:pm
Bangalore:  For aspiring and practicing AI and ML professionals keen to build Deep Learning expertise and master applications in speech, text, image, and video.Taught through...

21/09/2020/8:56:pm
ISLAMABAD: Seeking the immediate resignation of Pakistan Prime Minister Imran Khan, the major opposition parties of the country have formed a nationwide protest to...

Where Are The Drone Delivery Startups Now?

Foreign investors will also invest in LIC, the central government is...