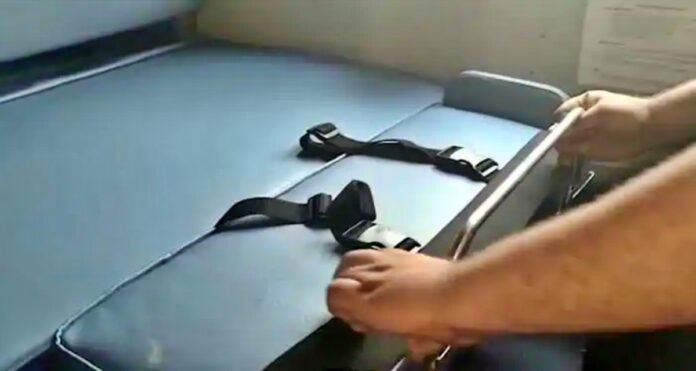 New Delhi: Indian Railways is continuously increasing the facilities of the passengers. In this episode, Railways has started a new facility for women. This special service has been started for those women passengers who travel with small children. For the first time, such a facility has been added by the Railways.

Women traveling with young children find it difficult to sleep with the baby on the berth. Keeping this in mind, Northern Railway has installed a baby berth in the lower berth. At present, this facility has been started on only one train. The facility, which started as a pilot project, can be extended to more trains after receiving feedback from passengers.

Added baby birth to lower berth
The Lucknow Division of Northern Railway has installed a baby berth in the lower berth. A stopper is also installed in this berth so that the child does not fall down while sleeping. Apart from this, this seat can also be folded. Also, it can be done up and down. This will facilitate those women who have small children. At present, this facility is given only in Lucknow Mail. Lucknow Mail runs from Lucknow to New Delhi and back to Lucknow from New Delhi.

It has been installed in only one compartment of a train. Railways are awaiting the response of the passengers in this regard. It is expected that in the coming days, this facility will be started for women in more and more trains.

Carrying driving license and RC has been abolished from all over the country, DigiLocker...

19/09/2021/9:26:pm
New Delhi: In all the states and union territories of the country including the National Capital Territory of Delhi-NCR, drivers will no longer need...

India will now operate two flights every day to bring back Indians stranded in...

21/08/2021/10:49:pm
New Delhi: After the Taliban capture in Afghanistan, every country is engaged in expelling its citizens from the Afghan country. India is also continuously...

Big announcement by DGCA! All international flights will be suspended till 30 April

23/03/2021/9:22:pm
New Delhi: The number of Coronavirus Cases has started to increase once again in India. In such a situation, the Directorate General of Civil...

There will be a square named after Harivansh Rai Bachchan in...

LPG cylinder booking will be done only by missed call, save...