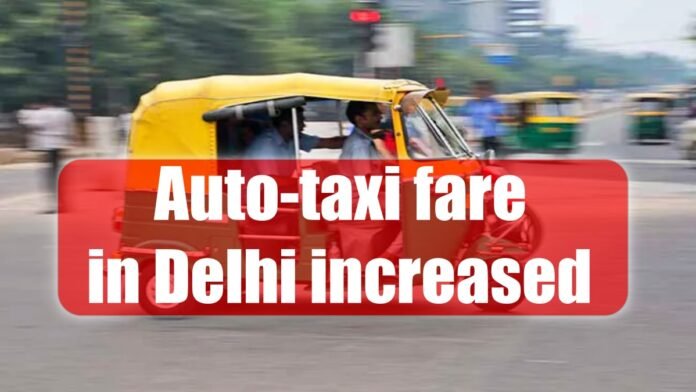 New Delhi: There has been an outcry due to inflation in the country. Inflation constantly touching the sky has made the life of the common man difficult. In such a situation, a new burden of inflation is going to fall on the heads of the people in the capital of the country, Delhi. In Delhi, the starting fare of auto-rickshaws has been increased by Rs 1.50 per kilometer and for taxis by up to Rs 15. In such a situation, there will be more burden on the pockets of Delhiites.

It is worth noting that due to rising inflation in Delhi, even though the fares of taxis operated by the government rules were not revised, the app-based operators have already increased the fare of their ride service. According to the news, Delhi Transport Minister Kailash Gehlot has confirmed this and said that the government has planned to increase the fare. According to officials, there has been a need to increase the fares of these services due to the rise in the cost of CNG.

Sonu Sood asked for 50 liver transplants for promotion of hospital, said – ‘This...

11/05/2022/3:05:pm
Mumbai: Bollywood actor Sonu Sood, engaged in his service by becoming a 'messiah' for the people, has been helping people continuously for the last...

19/11/2021/3:48:pm
New Delhi: There is a wide range of electric bikes and scooters in the country's electric vehicle sector today, in which two-wheelers with every...

Prime Minister addressed country on December 25, announced a vaccine drive for children from...

The grand premiere of the biopic series of football player Diego...