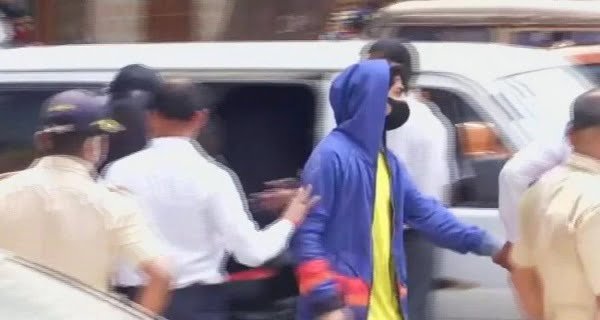 Mumbai: Aryan Khan, son of Bollywood actor Shah Rukh Khan, has been sent to police custody till October 7 by the Esplanade Court in the cruise drugs case. Along with this, two other accused Arbaaz Seth Merchant and Munmun Dhamecha have also been sent to custody.

With this, the NCB has sought nine days’ custody for the rest of the accused. However, the court has sent Vikrant Chhokar, Ismeet Singh, Nupur Sarika, Gomit Chopra, and Mohawk Jaswal to NCB custody till October 7.

Aryan’s lawyer’s arguments went in vain
During the hearing, Aryan’s lawyer Satish Manshinde told the court, “No substance has been seized from his client which is in violation of the NDPS Act. If any substance is seized from any other person (co-accused) that does not create any ground for my client to be taken into custody.”

While seeking bail to Aryan, Manshinde said, “If my client is released on bail, he will be available to join the investigation by the NCB.”

It is to be known that NCB had arrested nine people including Aryan Khan by raiding the beach in Mumbai’s sea on Sunday night. After a long interrogation, Aryan Khan and his two accomplices Arbaaz Seth Merchant and Munmun Dhamecha were arrested. After this, all were produced in the court, where the court sent all of them to police custody for one day.

07/04/2021/10:10:am
New Delhi: Bangladeshi writer Taslima Nasreen, who has often made headlines through controversies, has made an objectionable tweet about England cricketer Moeen Ali. Moin...

Haryana cabinet’s big decision, the state’s youth will get 75 percent reservation in private...

06/07/2020/8:42:pm
Chandigarh: Meeting of Haryana cabinet held on Monday. In this meeting, the proposal to give 75 percent reservation in jobs to youth in the...