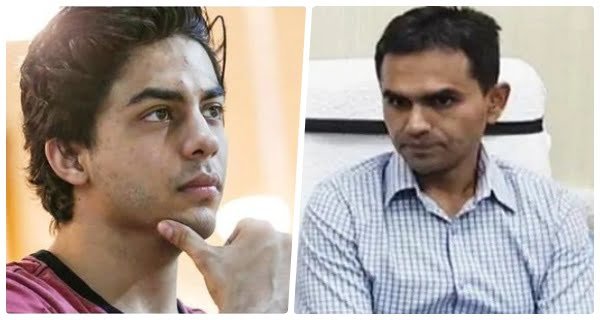 Mumbai: According to the big news of the afternoon, a new twist has now emerged in the Mumbai Cruise Drugs Case. Yes, Prabhakar Cell, who was made the arbitrator in the ongoing drug case against Aryan Khan, son of Bollywood star actor Shah Rukh Khan, has made many shocking revelations by giving an affidavit. Not only this, but Panch Prabhakar has also made many big allegations against NCB zonal chief Sameer Wankhede and another witness KP Gosavi. The accused Prabhakar is also telling himself as the bodyguard of KP Gosavi. KP Gosavi is the same person whose picture with Aryan Khan went viral. And Sam is a private detective.

In fact, Prabhakar has made a very serious allegation that he had heard KP Gosavi and Sam talking about Rs 25 crore and their talk was made for Rs 18 crore, he has also heard saying that. On the other hand, Prabhakar claims that Gosavi and Sam had allegedly told to give Rs 8 crore out of 18 to NCB officer Sameer Wankhede.

Along with this, Prabhakar also claims that after raiding the cruise, Shah Rukh Khan’s manager Pooja Dadlani along with KP Gosavi and Sam were seen talking together in a blue Mercedes car for about 15 minutes. Prabhakar said that after that Gosavi had called him and asked him to become a panch. He has told that the NCB had got him signed on about 10 plain papers.

Also, Prabhakar claims that he has given 2 bags filled with 50 lakh cash to Gosavi. Regarding the incident, Prabhakar’s cell claimed that on the night of October 1 at 9:45 pm, Gosavi had called and asked him to be ready by 7:30 am on October 2 and reach a place. He also claimed that Gosavi had given him some important photographs and asked him to identify the people who were in that photo at the Green Gate.

On the other hand, Narcotics Control Bureau officer Sameer Wankhede has categorically denied any wrongdoing in the matter and said that he will give a necessary and ‘befitting reply’ to it. Agency sources called these claims “baseless”, and questioned if the money had been taken, “why would anyone be in jail?”

On the other hand, according to an insider of NCB, “What is all this going to just tarnish the image of NCB.” Another source said, “There are CCTV cameras everywhere in the NCB office and nothing of this sort happened here.”

According to some media reports, these officers also claimed that they had never met Prabhakar Cell before October 2 and that they “have no idea who he is after all?” According to a source, now this affidavit will also be taken to the NDPS court and there the NCB will give its appropriate reply.

06/12/2020/5:16:pm
New Delhi: The Indian Tourist Transporters Association and the Delhi Goods Transport Association have called for a strike on 8 December to show solidarity...