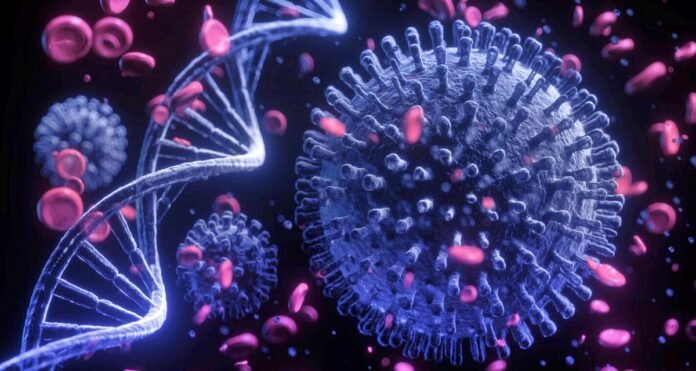 New Delhi: There has been a stir all over the world regarding the new variant of Coronavirus, Omicron In India. Omicron has knocked in India too. Two new cases of Omicron have been reported from Karnataka this week. One of them is also a 46-year-old doctor. But the infected doctors are fine at the moment. He himself has said that he is not facing any problem. Let us tell you that this variant found in South Africa is being called very dangerous. It spreads very quickly. In such a situation, the question arises whether its symptoms are also different.

The infected doctor told the English newspaper Times of India that being locked in the house is more painful than the disease. The doctor said that as soon as he came to know that he was infected with corona, he first quarantined himself. His wife and children also got quarantined. The infected doctors are completely fine at the moment. He is still in the hospital.

What are the symptoms of Omicron?
Regarding Omicron’s symptoms, he said that his body was registering very fast. Apart from this, he had a mild fever, but there was no problem in breathing. His oxygen level was also consistently normal. From November 21, he started having a fever. The very next day, he gave his swab samples for the RT-PCR test. The doctor said, ‘I didn’t have a cold. Also, I got a fever of only up to 100 degrees Fahrenheit.

How was the treatment for Omicron infection done?
The doctors stayed at home on the first day after being found infected. After this, he decided to get himself admitted to a private hospital. The doctor further said, ‘On November 25, I was given a dose of monoclonal antibodies. I benefited a lot from this. The next day I had no symptoms of the corona. Let us tell you that a few days ago a virologist had said that monoclonal antibodies or cocktail treatment do not have much effect on Omicron.

Family members also infected
The doctors were admitted to the hospital, but in the meantime, his wife, who is a doctor by profession, also started showing symptoms of the corona. After this, he decided to conduct the test on 26 November. She came out positive. After this, his daughters also got infected with Corona. But later she was found negative in the RT-PCR test.

Let us inform you that on Thursday when it came to know that the doctor was infected with Omicron, he was once again admitted to the hospital.

15/06/2021/2:31:pm
Mumbai: Akshay Kumar starrer espionage thriller ‘Bellbottom’ is all set to mark Bollywood‘s return to the theatres. The actor ended all speculation around the...

Profit and loss for both Congress and BJP in the by-election! TMC showed strength...

Ratan Tata remembers that day, wrote – The catastrophe will never be forgotten