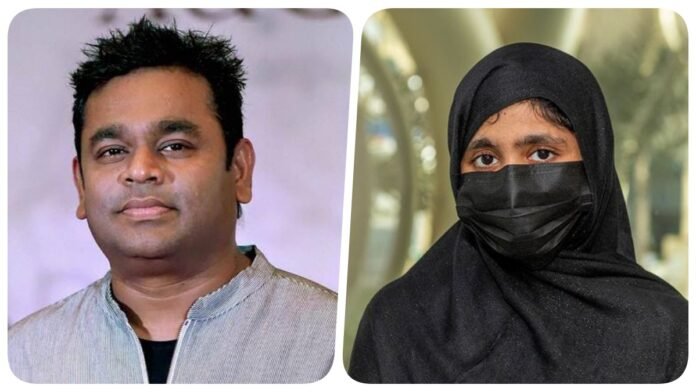 Mumbai: Everyone is crazy about AR Rahman’s brilliant music, but Oscar-winning music composer and singer Rahman’s daughter Khatija Rahman is also no less than her father. Its hallmark was seen at the Dubai Expo 2020. With her velvety voice at the expo, Khatija created such an atmosphere that its magic is still intact. It is clear from this performance that Khatija is also ready to create bang in the world of music by following in the footsteps of her Abba Huzoor. Fans on social media are praising Khatija’s voice fiercely.

AR Rahman’s 24-year-old daughter Khatija Rahman performed with the Firdous Orchestra at the Dubai Expo 2020. In this event, Khatija gave a tremendous performance on her debut ‘Farishton’. AR Rahman has composed this song. Rahman shared his daughter’s performance on his YouTube and wrote, ‘This is for those who missed watching Khatija Rehman and Firdaus Orchestra’s performances on angels. While celebrating World Children’s Day, it’s here for you. Thanks to Dubai Expo 2020 and the entire team of Firdaus Orchestra for this wonderful show.

Hearing the melodious voice of Khatija Rehman, the fans were blown away praising AR Rahman’s daughter. Some called Khatija’s voice like an angel, while someone told her to be a born star.

Let us inform you that AR Rahman’s daughter Khatija has won the Best Animation Music Video award at the International Sound Future Awards for ‘Farishton’. This good news was shared by Rahman himself on social media.

Let us tell you that Khatija Rehman’s ‘Farishton’ was released on October 25 last year. Its lyrics were written by Munna Shaukat Ali and composed by AR Rahman himself. This song has received many awards so far.

24/11/2020/8:35:pm
London: An international team of Scotland and Indian scientists has joined the Royal Society of Edinburgh to work on managing the natural habitat of...

23/11/2020/10:01:pm
Dubai: The Houthi rebels of Yamen claimed that they attacked the oil reserves in Jeddah, Saudi Arabia on Monday with a new cruise missile....