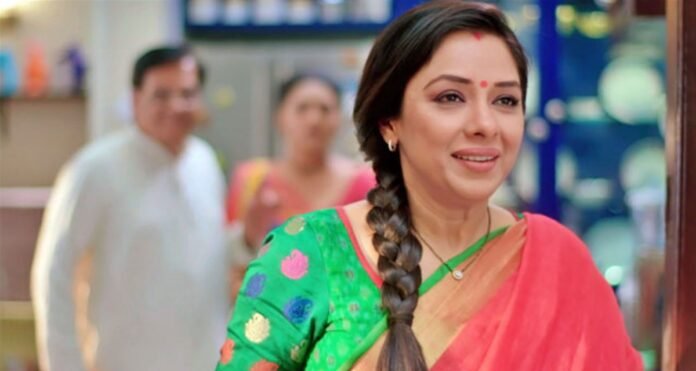 Mumbai: Which TV serials are getting the most love from the audience. This becomes clear from the TRP coming every week. How much love the audience gave to which show in a week, is known from their ratings. This week’s TRP list has also come out. In this list, the show ‘Anupamaa’, which has been running at number 1 in the TRP list for a long time, could not hold back even once. So let us tell you who has made it to the top 5 this week.

No. 1- ‘Anupama’
‘Anupama’ which stars Rupali Ganguly, Sudhanshu Pandey, and Madalsa Sharma in lead roles has once again topped the list with Television Rating Point (TRP) with 4.2 million views.

Number 2- ‘Gum kisi ki pyar mein’
‘Gum Hai Kisi Ke Pyaar Mein’ has secured the second position on the rating chart with 3.1 million views. The show is based on the changing equations between the three characters Virat, Sai, and Pakhi. Neil Bhatt, Ayesha Singh, and Aishwarya Sharma are in lead roles in the show.

‘Get on with Batting and shut up! let us do umpiring…’, umpire got angry...

27/03/2022/10:32:pm
Boulder (USA): The forest fire in Colorado, America (America) is slowly moving towards the southern city of Boulder, due to which the authorities have...