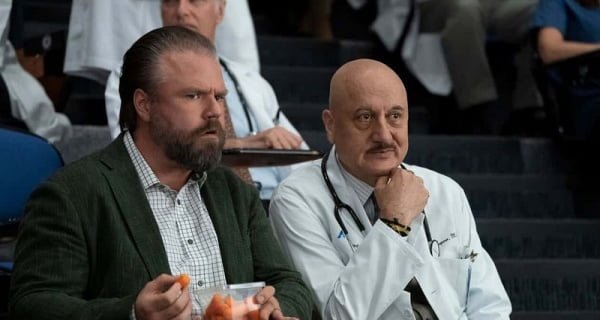 Mumbai: Anupam Kher is taking full care of the health of his wife and BJP MP Kirron Kher these days. Kiran is suffering from blood cancer. He has cancer named Multiple Myeloma, he is undergoing treatment. It is reported that Anupam Kher has given up his big project due to his wife’s caretaking so that he can spend more and more time with his wife.

Anupam Kher has said goodbye to the American TV channel NBC’s series ‘New Amsterdam’ for the time being. Anupam was playing the character of Doctor Vijay Kapoor in this series. This is a medical drama series, whose third season is coming on TV these days.

Anupam had been a part of this series continuously since 2018. In the show, Anupam Kher has resigned from the character Vijay Kapoor and he has said goodbye to Belewu Hospital. It is clear that for the time being, his character has been stopped for some time.

Let me tell you that recently Anupam Kher shared a long note on Twitter with his son Sikander about Kiran Kher’s health. He wrote, ‘I am sharing this so that the rumor does not spread. I and Alexander want to inform you that Kiran multiple myeloma is a type of blood cancer. She is undergoing treatment right now and we are confident that she will come out of it by becoming stronger than ever. We are lucky that they are under the supervision of the best doctors. She has always been a fighter. Kiran Kher does whatever she does with her heart. There is always love in their heart and that is why people love them so much. You continued to send your love for Kiran in your prayers. She is fine and doing good. We are grateful for your love and support.

28/08/2020
Mumbai: A new web series has been released on Netflix on Friday, titled 'Masaba Masaba'. This web series is based on the life of...

28/10/2020
New Delhi: Amidst the corona crisis, the whole world is seeing the power of Ayurveda. Today, everyone is believing in the iron of Indian...