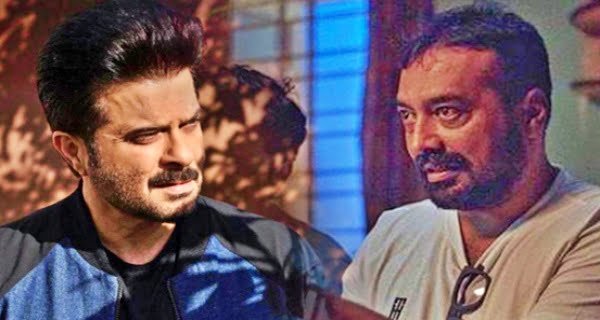 Anurag Kashyap and Anil Kapoor’s film AK Vs AK has been released on Netflix. The film is directed by Vikramaditya Motwani. Anil and Anurag play their own roles in the film. The special thing is that a film is going on inside this film too.

story
At the beginning of the story, Anurag Kashyap and Anil Kapoor fight during a media interaction. Both make personal comments on each other. Even Anurag throws water on Anil Kapoor’s face in front of everyone. This fight of both of them comes to the headlines. Now that Anurag Kashyap wants to teach Anil Kapoor a lesson, he kidnaps Sonam Kapoor and gives Anil Kapoor the task that he needs to find Sonam within 10 hours. Now whether Anil Kapoor can find Sonam or not, you will have to watch the film.

Direction
Director Vikramaditya Motwani has directed the film well. Its script is also tight. Everything in the film looks real because it has been written like this. The manner in which the film was shot is truly commendable. The moving camera and the noise during the shoot have not been edited, which makes the film more real.

Acting
In the film, Anil Kapoor repeatedly says that he is a star for forty years, he has proved this thing in the film. Anurag Kashyap has also acted well in the film but he appears weak in front of Anil. Anil Kapoor’s anger, emotions, and expressions in the film seem real.

Overall, Vikramaditya Motwani, Anil Kapoor and Anurag Kashyap have done a good experiment with this film which is quite entertaining. The trio’s excellent work is seen in the film.

10/12/2020
Abu Dhabi: Israeli Prime Minister Benjamin Netanyahu has announced that the vaccination of people in his country to prevent coronavirus infection will begin on...

24/11/2020
Washington: U.S. President Donald Trump has finally signaled his resignation from the presidency and the White House. Trump called on officials to begin preparations...

24/06/2020
Indore: The outbreak of the epidemic started on Wednesday in Indore, which is among the worst affected districts of Kovid-19 in the country, completed...

18/09/2020
Moussik (US): Presidential candidate Joe Biden took aim at President Donald Trump for his handling of the Covid-19 situation, saying that his attempt to...