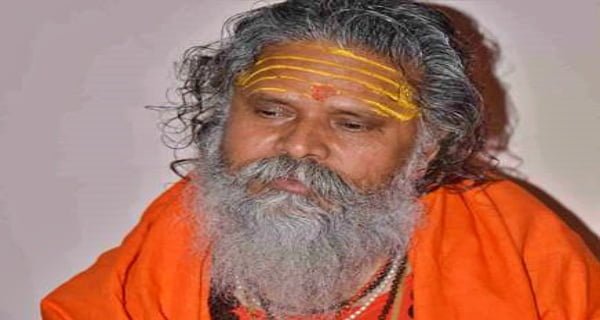 Prayagraj: Mahant Narendra Giri, president of Akhil Bhartiya Akhara Parishad, committed suicide on Monday. Due to his move, all the saints and saints including the whole country have suffered a big setback. At the same time, after his death, the suicide note written by him has come in front of the media. In a note written in eight pages of his official notepad, Mahant Ji has attributed his death to his disciple Anand Giri, Ajna Tiwari, chief priest of Bade Hanuman Ji, and his son Sandeep Tiwari.

Tried to defame me
Mahant Narendra Giri Ji wrote in his suicide letter, “I became very disturbed today because of Mahant Narendra Giri Anand Giri. Today information was received from Haridwar that in a day or two, Anandgiri will make the photo viral by doing wrong with a small woman or girl through mobile. Mahant Narendra Giri I will continue to give clarifications where and where due to the fear of defamation. With the respect I am living, how can I live in slander. That’s why I am committing suicide.”

Legal action should be taken against my killers
Mahant Narendra Ji further wrote that “I am going to commit suicide. Anand Ji, Adya Prasad Tiwari, Sandeep Tiwari son Adya Prasad Tiwari will be responsible for my death. I request the police administrative officers of Prayagraj that action should be taken against the above people responsible for my murder. So that my soul may rest in peace.”

30/10/2020/4:46:pm
India:  Max Bupa – one of India’s leading standalone health insurance players has been felicitated with the prestigious Health Insurance Company of the Year Award...

03/01/2021/3:38:pm
Dr. Ashutosh Upadhyay Gemini predictions 2021 The Gemini 2021 horoscope predictions reveal that this year is for growth and progress for all Gemini natives. Success will...

08/09/2020/8:07:pm
Taipei: Police have arrested at least 23 people in connection with a demonstration last week against the decision to place the Mongolian language in...