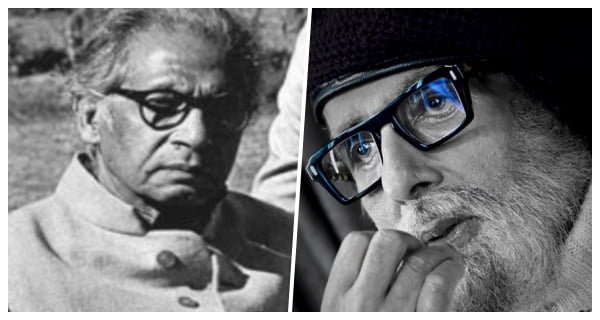 Mumbai: Amitabh Bachchan remembered his father and one of the country’s great poets, Harivansh Rai Bachchan, on the occasion of his 113th anniversary, gave him a tribute. He has shared a picture of his father adorned with flowers and garlands and praised his famous image. He wrote in the caption, sharing a sentence said by the father- “I want to write great poetry, not epic!” But not only did he write great poetry, but he also composed an “epic” in the form of an autobiography. The proverbial epic …. is circulated in the epic, it is automatic. Bachchan ji’s place among India’s most popular poets secured.

11/10/2020
Santiago: The Chilean government highlighted on Saturday a health program, which offers professional mental health help to the country's people during the COVID-19...

20/12/2020
Tel Aviv: Israeli Prime Minister Benjamin Netanyahu on Saturday administered a vaccine against Coronavirus Vaccine, which was broadcast live on television. Netanyahu is the...

Gold prices in 10 years, Two and a half times

26/07/2020
Mumbai: There is a period of great boom in precious metals gold and silver. Due to the Corona virus, the economies of all the...