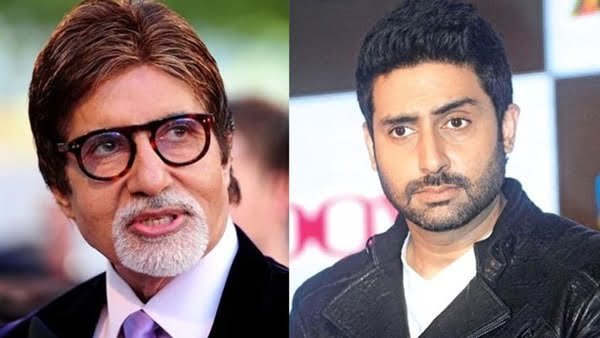 Write your comment Amitabh Bachchan wrote on his Twitter handle on Saturday night, his corona test has come positive and has been admitted to the hospital. His family and staff have also been tested for corona virus, the report of which is awaited. Those who have come in contact with me in the last 10 days, urge them to get their corona test done.

Blessings of blessings
As soon as the news of Amitabh Bachchan being Corona positive came out. After this, his fans and people of Bollywood industry started praying for his safety. Many celebrities including Paresh Rawal, Ritesh Deshmukh, Manoj Bajpayee, Lara Dutta, Parineeti Chopra have wished him a quick recovery.

Prior to Amitabh Bachchan, many Bollywood celebrities have been exposed to this dangerous virus. Kanika Kapoor corona virus was the first to develop, and then all the Symbus Kovid-19, including Kiran Kumar, Karim Morani and their two daughters Joa and Shaja Morani, were found.

Amitabh Bachchan’s movies
Talking about Amitabh Bachchan’s work front, his film ‘Gulabo Sitabo’ has been released digitally recently. He was also accompanied by Ayushmann Khurrana in this film. At the same time, he has films like ‘Jhudam’, ‘Brahmastra’ and ‘Faces’ in his pipeline.

Let us know that on Saturday, a security guard of Bollywood Veteran Actress Line has turned Corona positive. After this, BMC has sealed Rekha’s bungalow in Bandastand area of ​​Bandra, Mumbai. By affixing a notice outside this bungalow, it has been declared as Corona Containment Zone.

Recently Gulab-Sitabo was the first film released on Amitabh Bachchan’s OTT
Recently, his film Gulabo Sitabo has been released on Amazon Prime Video. It was his first film released on the online platform. It featured actor Ayushmann Khurana in the lead role along with Amitabh Bachchan. Amitabh Bachchan remains very active on social media Twitter and acquaint his fans with his activities. Recently, he shared a poem on Twitter giving the message of persistence even in the negative conditions created by the coronavirus. The opening lines of this poem were – “Will pass / pass away / Difficulty is too much / But time is / will pass.”

WHO: Why the second wave of Corona became uncontrolled in India?

27/04/2021/6:40:pm
New Delhi: The World Health Organization (WHO) on Tuesday blamed unnecessary efforts of people to flee the hospital due to uncontrolled Coronavirus infection in...

17/09/2020/9:44:pm
New Delhi: On the one side, today the entire nation is celebrating and congratulating Prime Minister Narendra Modi on his 70th birthday. At the...