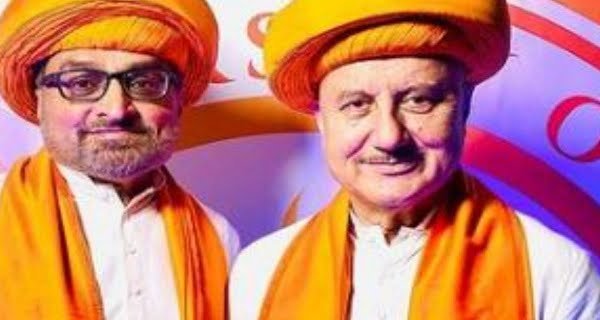 New Delhi: Anupam Kher was in New York, USA on Saturday 18 September. He has been honored with an honorary doctorate in Hindu studies at a ceremony held in Manhattan. He has received this honor from the American University ‘Hindu University of America’. The actor is very happy to have received this honor.

Anupam has expressed his feelings towards this honor in an interview. The actor has said, ‘It is an honor that I am the first person to get an honorary doctorate from the Hindu University of America’. I believe that from Hindutva we can understand and learn the importance of peace and acceptance. I want to spread the message of peace with my doctorate degree.

In another conversation, Anupam has said, ‘It is a prestigious achievement. This title has given me a platform to talk about the world’s oldest culture and philosophy of Hinduism. They should accept this honor. I have grown up with the teachings of Hinduism and believe in it.

Anupam is busy with his new show ‘Zindagi Ka Safar’, due to which he is traveling to many cities of America. It is reported that after returning from America, Anupam will be busy shooting for Sooraj Barjatya’s film ‘Uchai’.

30/01/2021/10:21:am
Srinagar: Three militants of Hizbul Mujahideen were killed in an encounter with security forces on Friday in the Tral area of ​​Pulwama District of...

05/08/2020/10:46:pm
Mumbai: Heavy rains continue in Mumbai and surrounding areas of Maharashtra. Due to rain, local trains and bus services have been disrupted due to...

24/10/2020/9:37:pm
New Delhi: Congratulating the citizens on the eve of Dussehra on Saturday, President Ram Nath Kovind wished them protection from the ill effects of...

08/09/2021/10:04:am
Mazar-e-Sharif (Afghanistan): A female Afghan worker working for a US organization in Afghanistan said the Taliban had barred her and hundreds of other people...