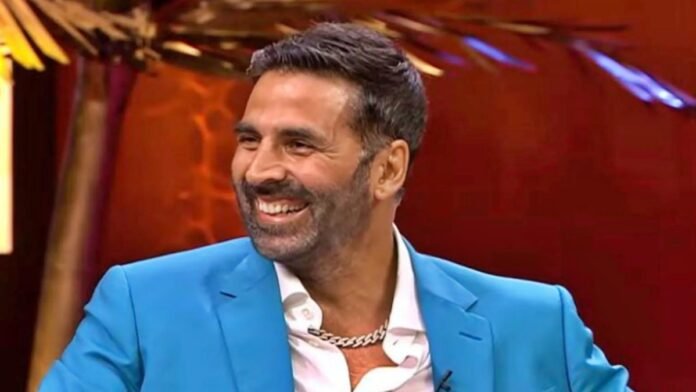 Mumbai: Bollywood actor Akshay Kumar is busy in many films these days. One film is not released and he gets busy with the promotion of another film and shooting for another film. The special thing is that in the midst of all this, he also takes out time for his family. Akshay has garnered praise for his time management many times. Apart from this, they are also known to pay more tax (income tax). Meanwhile, today a special letter has come to his house from the Indian Income Tax Department.

Letter of Honor given to Akshay Kumar
On the other hand, Akshay Kumar is currently in the UK for the shooting of Tinu Desai’s upcoming film. He is busy shooting for Jaswant Singh’s biopic in England. According to the report of Pinkvilla, his team has taken this letter of honor on behalf of Akshay. Akshay Kumar has been included in the list of highest taxpayers of India for the last 5 consecutive years.

Akshay is likely to visit India in the first week of August. After this, he will be involved in the promotion of his film ‘Raksha Bandhan’ to be released on Raksha Bandhan. The film will be released in cinemas on 11 August 2022. Apart from Akshay, Bhumi Pednekar is also in an important role. She will be playing Akshay’s lady love in the film. Apart from Raksha Bandhan, Akshay will also be seen in Selfie, Ram Setu, Oh My God 2, Bade Miyan Chote Miyan, and the Hindi remake of South Superstar Suriya’s ‘Soorarai Potru’.

26/06/2021/9:16:am
New Delhi: In India, the dispute between the micro-blogging site Twitter and the Government of India is increasing continuously. It is reported that the...

07/12/2021/9:57:am
New Delhi: Will the 'Omicron' variant of Coronavirus be more dangerous than Delta? This question has raised many questions in the minds of scientists...

Now Amazon will do home delivery of medicines, customers will...

Inflation rises before the festive season! Retail inflation rose to 7.34...