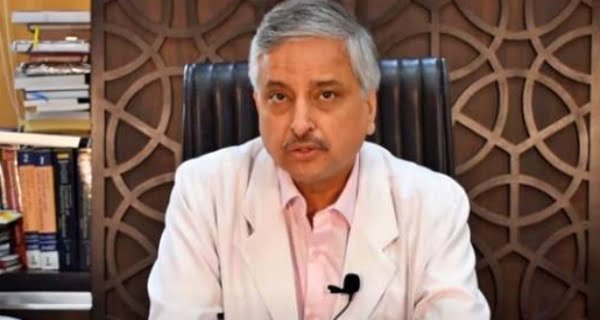 New Delhi: Randeep Guleriya, director of the country’s largest hospital, AIIMS, Randeep Guleriya, said, “If you are recovering from corona and that persistent headache or face If you are not getting rid of one side swelling, talk to the doctor immediately and get the black fungus tested. ”

Listing more such symptoms, Dr. Guleria said, “If your nose is closing and feeling loud … these are the early signs that you should start worrying.” If the tooth is loose, however, you should do it immediately. Consult your doctor. “

Many ways to know if there is mucormycosis
There are several ways to determine black fungus infection or mucormycosis. An x-ray or CT scan of the sinus is done to see if there is an infection. A second option, he said, was to perform biopsy via endoscopy of the nose. A blood test can also be performed… a polymerase chain reaction (PCR) -based.

Black fungus is no infection
Dr. Guleria stated, “There are more cases of black fungus in India, although it is not contagious, due to the large population of diabetes and unrestricted use and sale of steroids. It is not contagious.” He said, cases of mucormycosis also occurred in the first wave, although the number is higher during the second wave due to excessive use of steroids. ”

He said that all age groups and even non-covid patients can contract mucormycosis. However, people above 40 who also suffer from diabetes are at greater risk. Children are at low risk simply because most children have only mild covid infections that do not require the use of steroids.

Production of medicines is being increased
The central government said on Friday that it was working to address the shortage of medicine used to treat black fungus disease as the country’s health system was on the reels under a massive wave of coronavirus infections.

According to the report, black fungus cases that cause blurred or double vision, chest pain, and difficulty breathing have increased in India, mostly in COVID-19 patients, with at least 7,250 such cases in the country. Have been found till 19 May.

11/12/2020/4:20:pm
United Nations: The United Nations General Assembly on Thursday approved a resolution praising the progress in peace talks between the Government of Afghanistan and...

11/12/2020/4:56:pm
Tehran: The leaders of Iran and Afghanistan inaugurated the first railway link between the two countries on Thursday and hoped that this would increase...

20/07/2020/9:09:am
Bhubaneswar: A 32-year-old plumber from Hatina was trapped in Kochi during the lockdown in Rajnagar, Kendrapada. Actor Sonu Sood helped him return to Odisha....