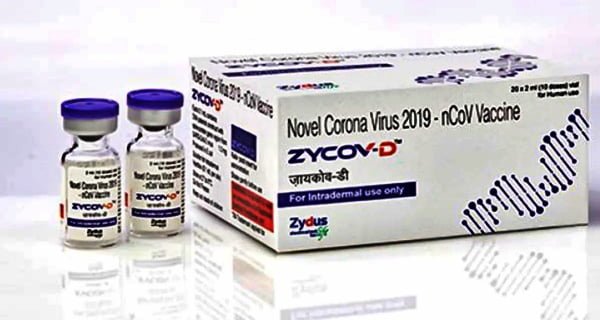 New Delhi: Zydus Cadila has agreed to reduce the price of its Covid-19 vaccine to Rs 265 per dose after an agreement with the government, but the final agreement is yet to be reached. Sources gave this information on Sunday.

A disposable painless jet applicator costing Rs 93 would be required to deliver each dose of needle-free Zykov-D vaccine, which would cost Rs 358 per dose. A source had said that the Ahmedabad-based pharma company had earlier offered a price of Rs 1,900 for its three-dose drug.

A source close to it told PTI, “After constant talks between the company and the government, the cost of each dose of the vaccine has been fixed at Rs 358, which includes a disposable jet applicator of Rs 93. The final decision in this matter is likely to be taken this week.”

The source said that three doses are to be given at an interval of 28 days. Developed in the country, it is the world’s first vaccine that is DNA-based and needle-free. Zycov-D received approval for emergency use from the drug regulator on August 20. Meanwhile, the government is still awaiting the recommendations of the National Technical Advisory Group on Immunization (NTAGI) to introduce ZycoV-D in the vaccination campaign for adults and children with other diseases.

NTAGI will provide the protocol and framework for the inclusion of this vaccine in the anti-Covid-19 campaign. Official sources had earlier said that the price of Zoikov-D would be different from Covaccine and Covishield as apart from being a three-dose vaccine, it requires a special pharma jet injector which is used for vaccination. That pharma jet injector can be used to deliver about 20,000 doses.

“The jet applicator helps the vaccine fluid penetrate the skin to enter the recipient’s cells,” the source said. A source had said that Cadila could deliver around 20 million doses in November. The government is currently procuring two other vaccines for the National COVID-19 Immunization Program – Covishield at Rs 205 per dose and Covaxin at Rs 215 per dose. Covishield and Covaccine and Sputnik V are only given to people over the age of 18 and are all two-dose vaccines.

Back pain, diarrhea, and vomiting are also new symptoms of corona!

18/03/2021/10:05:am
Nakuru (Kenya): Tanzanian President John Magufuli has passed away. He was 61. Vice President Samia Suluhu said on Wednesday that Magufuli died due to...