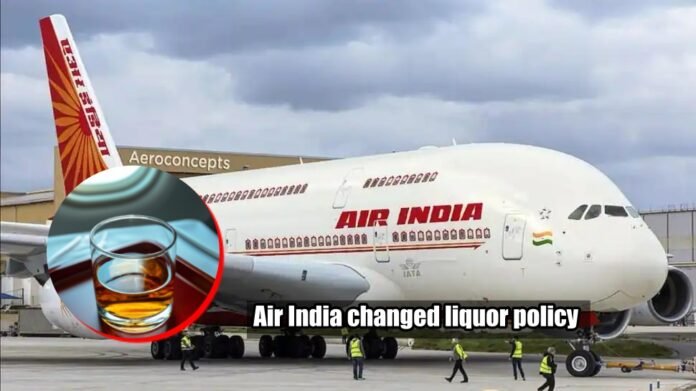 New Delhi: In the wake of recent incidents of unruly behavior by passengers on board, Air India has revised its in-flight alcohol policy, asking its crew to serve alcohol judiciously when required.

The Tata Group-owned airline has been fined by the Directorate General of Civil Aviation (DGCA) over lapses in the unruly behavior of passengers on two international flights in the past few days.

As per the policy, “Alcoholic beverages must be served in an appropriate and safe manner. This includes refusing to (further) serve alcohol to guests.”

An Air India spokesperson said in a statement that the airline has reviewed the existing policy on offering alcohol in flight based on the guidelines of the US National Restaurant Association (NRA), in line with the practices followed by other airlines.

“This is largely in line with Air India’s existing practice, although some adjustments have been made for better clarity,” the statement said. The NRA’s traffic light system has been incorporated to help crews identify and manage potential cases of intoxication.”

Due to rift in alliance, PM Mario Draghi resigns new elections may be...

21/07/2022/8:53:pm
Rome: According to the big news coming from Italy, after losing the support of the coalition here, Italian Prime Minister Mario Draghi has resigned...

30/11/2020/10:33:pm
Lahore: Lahore, the cultural capital of Pakistan, once again topped the list of most polluted cities in the world. "Lahore topped the world's most...

08/10/2022/10:10:am
New Delhi: Hero MotoCorp on Friday also launched its first e-scooter Vida V1 amidst the rapidly growing demand for electric scooters in the country....

5 Stocks you need to Keep an Eye On

Things to Know Before Buying Used Cars as per Latest MoRTH...