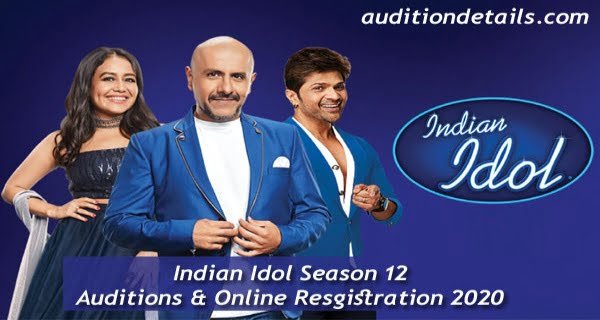 Mumbai: Singer Neha Kakkar is returning from the reality show ‘Indian Idol 12’ after her marriage. Neha Kakkad has married singer Rohanpreet Singh in a grand ceremony a few days back. She has recently returned from her honeymoon. In the virtual press conference of the reality TV show, Neha Kakkar made many revelations about her life partner. Apart from Neha, Himesh Reshammiya, Vishal Dadlani and Aditya Narayan introduced some of the contestants of this season in this press conference.

Neha Kakkar said about Rohanpreet that, your life partner should be a beautiful person and helpful and sensible, who is Rohu (Rohanpreet Singh). I am very happy and I hope that Mata Rani and Waheguru will always keep us happy. ‘ Everyone congratulated her on her marriage and wished her all the best for the future.

Neha further said, “There is no doubt that my life was already very beautiful. I am really thankful to God and not just to God, I met all the people who made me happy, especially those associated with Indian Idol. Everyone present at the press conference is also present. Part of my journey. All these people play an important role in my success. You guys have given me a lot of love and support. “

Aditya Narayan told about the show that there are many contestants this season whose story will make you emotional. Judges Neha Kakkar, Vishal Dadlani and Himesh Reshammiya introduced all the contestants one by one. Pawan Deep, Ashish Kulkarni, Shanmukh Priya, Anjali enchanted everyone with their voices.

Earlier, a promo related to the show came out which made Neha look very emotional. In fact, Yuvraj, who used to sweep the set of ‘Indian Idol’, has also become a contestant in the show. He said that during the show, when he told about the mistakes of the contestants, his full attention was on them. Meanwhile, Neha is seen wiping her tears. Watch the video here …

Explain that Singer Neha Kakkar was married to her boyfriend Rohanpreet Singh on Saturday, October 24 at a Gurdwara in Delhi. Photos and videos of the wedding went viral on social media. Rohanpreet Singh is a Punjabi singer. He has appeared in many reality TV shows. Rohanpreet was the first runner-up in ‘Rising Star 2’ held in 2018. Rohanpreet has been a part of the reality show Mujhse Shaadi Karoge. He was a contestant in the show who had to impress Shahnaz Gill for the wedding.

06/06/2020/9:09:pm
Former US Vice President Joe Biden has formally become the Democratic presidential nominee to run for the White House against President Donald Trump in...

14/04/2021/8:09:pm
On the one hand, the speed of corona in the whole world is becoming uncontrollable, on the other hand, scientists are constantly trying to...

Bhupendra Patel took oath as the CM of Gujarat

13/09/2021/8:20:pm
Gandhinagar: Bhupendra Patel has taken oath as the Chief Minister of Gujarat. A year before the Gujarat assembly elections, BJP has replaced Vijay Rupani...