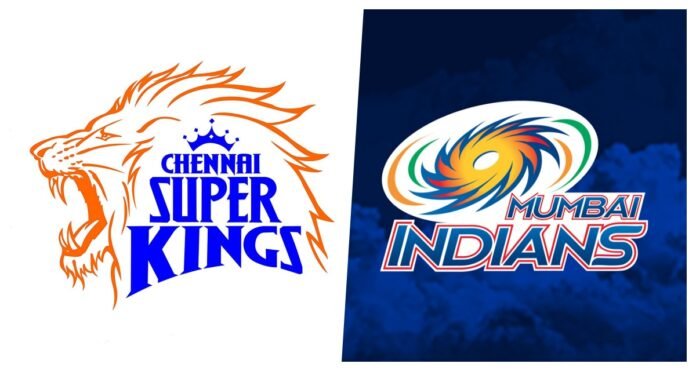 New Delhi: Mumbai Indians defeated Chennai Super Kings by 5 wickets in a thrilling low-scoring match thanks to the brilliant performance of the bowlers. In this match between the ninth and 10th ranked teams in the points table, Chennai Super Kings (CSK)’s slightest hope of survival in the tournament also ended with this defeat. Due to this, the two most successful teams of IPL have been out of the tournament and will play the remaining matches to spoil the game of other teams.

Five-time champions Mumbai Indians, thanks to the bowlers, bundled out CSK for 97 runs in 16 overs, which is their second-lowest score in this breathtaking T20 league. CSK’s previous minimum score of 79 runs in 2013 was also against Mumbai Indians. Chasing this small target, Mumbai Indians also lost four wickets in the powerplay, but Tilak Verma (34 not out, 32 balls, four fours) and Hrithik Shokeen (18) played well and led the team to victory.

Shokeen got bowled by Moeen Ali in the 13th over. Then the team’s score was 81 runs, after which Tim David (16 not out, 11 balls, two sixes) sent the first ball of the 15th over for a six. David then hit another six off the fifth ball as the team scored 103 for five in 14.5 overs to take their third win. For CSK, Mukesh Chaudhary also took three wickets for 23 runs in four overs.

Earlier, for Mumbai Indians, who decided to field after winning the toss, the bowlers laid the foundation of their victory, which included giving two blows in the very first over, which put CSK under pressure from which they could not recover till the end. For CSK, captain Mahendra Singh Dhoni remained unbeaten on 36 runs (33 balls, four fours, two sixes) at one end while wickets kept falling at the other end. Apart from this, extra runs contributed to the team’s score, in which 15 runs were scored. Apart from Dhoni, only three other batsmen could reach double digits, whose score was less than the extra run.

For Mumbai, Daniel Sams performed brilliantly by taking three wickets for 16 runs in four overs. Riley Meredith and Kumar Karthikeya took two wickets each in three overs giving 27 and 22 runs respectively. Jasprit Bumrah bowled a maiden over in three overs and got one wicket for 12 runs. Ramandeep got one wicket for five runs in his one over. CSK got off to a bad start. Sams took two wickets in the very first over.

Devon Conway, who had scored a half-century in the last three matches, was out leg before on the second ball of the innings and then DRS was not even an option as DRS was not available for 1.4 overs due to ‘power cut’ so he could not even take a review, while later It showed that he was not out. It was not enough that Moeen Ali also reached the pavilion by catching Hrithik Shokeen. After this double setback, CSK could not recover and kept on losing wickets.

In the very second over Robin Uthappa (01) got out leg before off a good length delivery from Bumrah and even then DRS was not available. Only after that did electricity come and DRS started. At this time the team’s score was five runs for three wickets. Now the CSK batsmen played Sams cautiously in his second over. In the fourth over, Ruturaj Gaikwad and Ambati Rayudu hit one four each on Bumrah. But in the next over, Gaikwad (07) became the third victim of Sams and the ball was caught in the hands of wicketkeeper Ishan Kishan, kissing his bat. Now captain Dhoni was at the crease, who hit a four in cover point on Sams in the same over.

Rayudu (10 runs) became his victim after hitting Meredith for a four in the sixth over. Half the team had reached the pavilion in the powerplay and there were 32 runs on the scoreboard. Shivam Dubey (10) was expected to partner with the captain but Meredith did not allow it to happen. Dubey touched the bat on the short ball and gave an easy catch to the wicketkeeper. Dhoni hit the first six of the innings at square leg on Shokeen in the 10th over.

Bravo (12 runs) also tried to play a big shot at Dhoni’s sight and hit a six on Karthikeya on the first ball of the 13th over but was caught by Tilak Verma in an attempt to play the next ball too high. Simarjit Singh (02) was out leg before coming. CSK’s innings came to an end as soon as Mukesh Chaudhary was run out. Chasing the target, Mumbai lost the wicket of Kishan (06) in the very first over, whose poor form continued. Captain Rohit Sharma (18 runs, 14 balls, four fours) was also dismissed in the fourth over by Simarjit Singh, caught by wicketkeeper Dhoni.

Sams (01) was dismissed leg before the delivery of Mukesh Chaudhary and the same bowler did not even allow debutant Tristan Stubbs to open the account and got out leg before. Due to this, the Mumbai team lost four wickets for 33 runs.

28/08/2020/10:15:am
New Delhi: Coronavirus has caused worldwide outrage. So far, about 25 million people have been infected with this virus. There have also been cases...

Spinner to take 10 wickets in an innings and first...