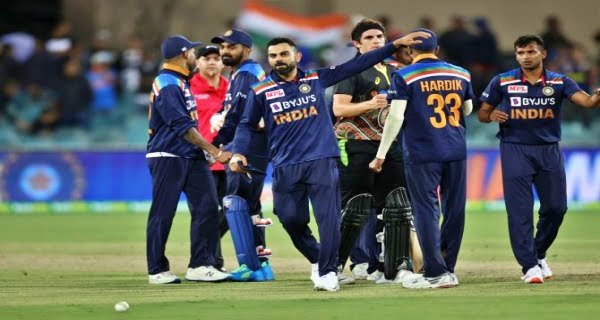 New Delhi: In the ICC T20 World Cup, Team India (IND Vs SCO, T20 World Cup 2021) has made a comeback on the strength of excellent performance. India has now defeated Scotland after Afghanistan. After two wins, now the run rate of Team India has become much better. In such a situation, India’s hopes of reaching the semi-finals have been raised. Although this path is not so easy. Team India beat Scotland by eight wickets on Friday.

It is to be known that Team India still cannot reach the semi-finals easily. Everything behind this has to be understood. India bowled Scotland out for 85. Also won the match within seven overs. After which India has reached number three in the points table. India’s run rate is also better than Afghanistan and New Zealand. In this sense, if it comes to the net-run rate to reach the semi-finals, then Team India is not going to have any problem.

It should be noted that India has made a good comeback by defeating Afghanistan and Scotland. It now has four points. Also, the run rate of the team becomes +1.619. India’s net-run rate is now the best in Group 2. Despite this, It is still at number three. Team India is trailing 2 points behind New Zealand in the points table. In such a situation, India will have to beat Namibia by a big margin to reach the semi-finals. Also, if Afghanistan beats New Zealand, then Team India will easily reach the semi-finals through the net-run rate.

Customers will also be able to see the nutritional value in the menu of...

22/09/2020/12:51:am
Beijing, China:  The pandemic continues to spread, international trade shrinks sharply, and the local economy is severely damaged, directly impacting many most vulnerable small, medium...

Today Doordarshan is celebrating its 62nd birthday, know some special things about it

America shocked China, ordered to close the embassy in 72 hours

22/07/2020/7:20:pm
America: America-China relations are becoming more and more stressful day by day due to coronavirus infection. US President Donald is not leaving any chance...