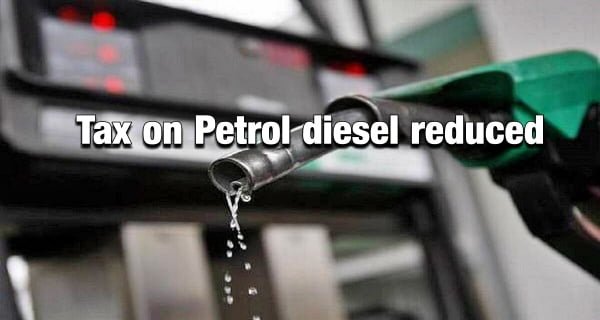 New Delhi: According to big news, the Central Government had made a big announcement to give relief to the people who are now moaning due to inflation, by reducing the excise duty on petrol-diesel last Wednesday. After the gift of reduction in excise duty on Diwali from the Modi government of the Center, the state governments have also started cutting VAT. In the beginning, now the electoral states of Uttar Pradesh and Goa as well as the governments of Bihar, Gujarat, Assam, Tripura, Manipur, and Karnataka have announced relief in the prices of petrol and diesel.

Yes, now after the Modi government of the Center (Narendra Modi), the governments of Uttar Pradesh, Bihar, and other states have also taken a big decision to give relief to the common man. Significantly, the assembly elections are due in UP after a few months. In this sequence, the electoral states of Uttar Pradesh and Goa have made the maximum deduction and Bihar has the least.

It is to be known that the Modi government at the Center had made a big announcement to reduce excise duty by Rs 5 on petrol and Rs 10 on diesel. Along with this, the central government had also advised the states to reduce petrol and diesel prices by reducing VAT.

Stronger immunity produced by AstraZeneca vaccine when given an interval of 11 months: Study

06/04/2021/10:31:pm
New Delhi: India had asked the OPEC countries to Increase Crude Oil Production to control the petrol-diesel price hike. On this, Saudi Arabia had...

Maximum number of new cases are seen in Kerala, most testing also done in...

29/09/2021/1:15:pm
Tokyo: Former Foreign Minister Fumio Kishida is set to become the next Prime Minister of Japan. His ruling party, the Liberal Democratic Party, has...