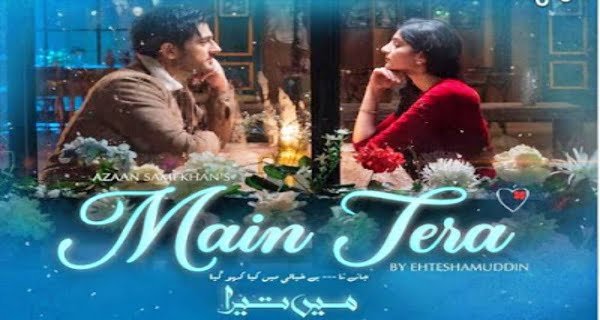 New Delhi: Singer composer Adnan Sami’s son Azaan Sami Khan’s new music album ‘Main Tera’ has gone viral on social media as soon as it is released. Within a few days of its release, more than 30 lakh views have been received on this song.

Adnan Sami, who is popular with the song ‘Humko Bhi To Lift Kara De’, is sometimes in the discussion about his songs, sometimes about his marriage, and sometimes to reduce his weight. But this time the matter is different. Adnan is in news these days because of his son Ajan Sami Khan’s new album. Ajan’s new album Main Tera has 9 songs. The first video of the title song has been released recently. Like his father, Ajan Samin, who owns a brilliant voice, has been a composer in Pakistani films. Debutting from this album as a singer. Not only this, he is also a writer.

Adnan Sami’s son Ajan Sami Khan shared the best advice from his father on social media. Ajan, son of Pakistani actress Jeba Bakhtiar, former wife of Adnan Sami, said, ‘To be honest, my parents have helped me a lot in my work. His saturation level is very high. So I have to work very hard. Since both expect better from me, they are not easily happy. I remember that Baba once told me when people sing your song, even if people do not understand the language of the song, but it touches their hearts. Only then can you make your place as an artist ‘.

When Adan Sami Khan posted the first poster of his album on social media, Adnan Sami commented. Rahat Fateh Ali Khan has also lent his voice in this album of Mujaan Sami Khan. Ajan is excited about his debut album.

12/07/2020
Tirumala (Andhra Pradesh): An unknown devotee offered 20 biscuits of gold in the temple of the world-famous Lord Venkateswara, situated on the Tirumala hills....

11/07/2020
New Delhi: Google has banned such apps which used to cheat users. According to the new ad policy, now you will not show ad...

19/09/2020
Islamabad: Pakistan on Friday rejected India's demand to appoint an Indian lawyer or "Queens Counsel" in the case of Kulbhushan Jadhav. India on Thursday...

06/09/2020
Ahmedabad, Gujarat, India:  The Covid-19 pandemic, aptly described as a black Swan event, has ushered in newer and tougher cybersecurity challenges, and businesses need to...