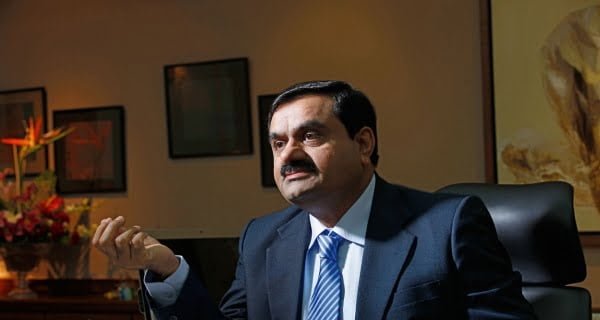 Tata group and Reliance Industries Ltd. The Adani Group is the third Indian group after which its market capitalization has crossed $ 100 billion. Gautam Adani has achieved the status of a veteran industrialist in two decades after starting work as a commodity trader in the 1980s. Today their business spans from mines, ports and power plants to airports, data centers, city gas and defense sectors. In the last two years, their group has been able to control seven airports and about one-third of the country’s air traffic. At the same time, renewable energy has gone ahead in capacity growth and has jointly won the contract for the development of the port terminal in Sri Lanka.

Adani Ports jumped 12.84 percent to close at a record Rs 837.45 per equity. Adani Power gained 5 per cent to Rs 98.40 and Adani Green Energy gained 2.2 per cent to close at Rs 1,194.55 per equity. Barring Adani Green and Adani Power, the shares of other listed companies of the group closed at a record high. The current market capitalization of the Tata group is around $ 242 billion while that of Reliance Industries is $ 171 billion.

UGC told 24 universities of the country, UP, Delhi leads

08/10/2020
New Delhi: The University Grants Commission (UGC) has issued a list informing 24 self-styled, unaccredited institutions in the country to be fake. Uttar Pradesh...

17/10/2020
San Francisco (US): Twitter CEO Jack Dorsey said on Friday that it was wrong to block the web link of an unverified political news...

More than a hundred transfers before the by-election announcement

25/09/2020
Bhopal: In view of the possibility of announcing the by-elections for the 28 assembly seats of the state, the Home Department and other departments...