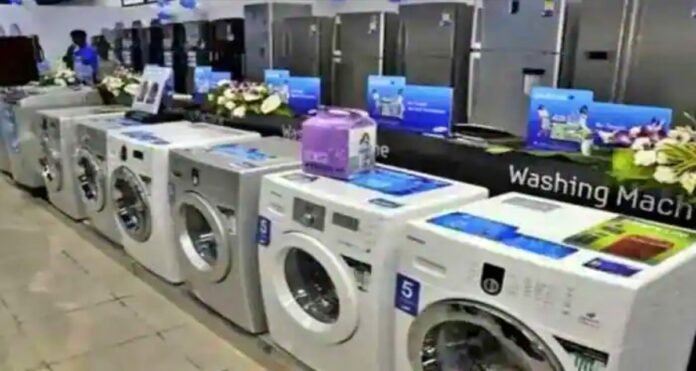 New Delhi: Prices of air conditioners and refrigerators have gone up in the new year after consumer durables companies passed on the increase in raw material and freight charges to consumers. Apart from this, washing machine prices may increase by five to 10 percent later this month or by March.

Several companies including Panasonic, LG, Haier have already hiked the prices, while Sony, Hitachi, Godrej Appliances may take a decision on the price hike by the end of this quarter. According to the Consumer Electronics and Appliances Manufacturers Association (SIEMA), the industry will increase prices by 5-7 percent from January to March. Satish N S, President, Haier Appliances India, told PTI, “Following the unprecedented rise in commodity prices, global freight charges, and raw material costs, we have increased the prices of our products across refrigerators, washing machines, and air conditioners categories by three to three percent. Steps have been taken to increase it up to five percent. Panasonic has already increased the prices of its ACs by up to eight percent.

Panasonic India divisional director (consumer electronics) Fumiyasu Fujimori said further increase in AC prices could be due to further increase in commodity prices and supply chain. South Korean consumer electronics company LG has increased prices in the home appliances category. The LG said the increase in the cost of raw material and logistics is a matter of concern. Deepak Bansal, Vice President, Home Appliances and Air Conditioner Business, LG Electronics India, said, “We have tried our best to cover the cost on our own through innovative measures, but price hike is necessary to sustain the business.”

Terming the hike in prices as inevitable, Gurmeet Singh, chairman and managing director of Johnson-controlled Hitachi Air Conditioning India, said the cost of production, including raw materials, taxes, and transportation, has gone up. In such a situation, the brand will increase its prices by up to 10 percent by April. He said that we will increase the prices by at least eight to 10 percent by April in a phased manner. Eric Braganza, President, Siema said, “The industry had postponed the price hike because of the festive season. But now the manufacturers have no option but to pass on the price hike to the customers. From January to March, the industry will increase the prices by five to seven percent.

8 beaches of India got ‘blue flag’ certification, know why it is special

21/09/2021/1:08:pm
Kabul: The new government has given a blunt answer to Pakistan, which has strongly supported the introduction of Taliban rule in Afghanistan. The Taliban...

09/07/2020/9:49:pm
Kathmandu: In the midst of the political crisis in Nepal, apart from DD News, broadcasting of all other Indian news channels has been stopped....