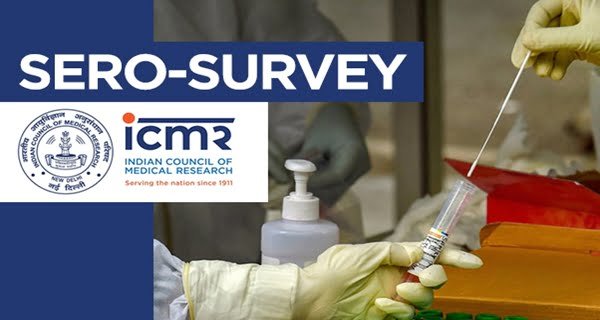 New Delhi: Amidst reports of Coronavirus (COVID-19) infection in the national capital, today the Central Government released the result of Sero survey conducted in Delhi. The results of this survey showed that during the last 6 months in Delhi, more than 23.48 percent of people were affected by the coronavirus epidemic. However, these people did not show signs of virus infection. 21,387 samples were taken in the sero survey which ran from 27 June to 10 July, whose study showed that most people did not have symptoms of the corona. According to experts, the CERO survey suggests that if Delhi has a population of 2 crore, then about 47 lakh people may be exposed to the coronavirus. But most of these people do not show signs of infection.

The Union Health Ministry had conducted a sero-survey in Delhi considering the pace of corona infection. This survey has been conducted in all 11 districts of Delhi. During the survey conducted from 27 June to 10 July, the Health Ministry team collected blood samples from door to door. All these samples were tested in the lab. After which the results of corona antibodies were found in 23.48 percent people of Delhi. The study of the results obtained from the survey also revealed that a large number of people in Delhi were affected by the coronavirus which was asymptomatic i.e. they had fewer symptoms of the disease.

The dense population of the capital is being cited as the reason behind 23 percent of people being affected by this epidemic during 6 months of corona virus infection. Also, it has been told in the study that meaningful efforts of the government helped in the prevention of infection. Due to lockdown or other efforts, a large number of people could be saved from the disease. However, the study also said that face-shields, masks and other prevention measures still need to be continued to prevent the spread of infection.

Neeraj Chopra’s Fat-to-Fit Story Will Inspire You Too

17/08/2021/4:43:pm
Neeraj Chopra, this name needs no introduction. Neeraj has shown that work at the world level, which has widened the chest of every Indian...

29/07/2020/8:08:pm
Lucknow: Just before the Bhoomi Pujan program for the Ram temple in Ayodhya, the Sunni Central Waqf Board has also formed a trust for...

13/09/2020/12:31:am
Dubai, United Arab Emirates:  Forex Market is an electrifying place. Once you venture into the Forex world, the adrenaline rush pushes you hard to trade...

Desi corona vaccine may be available by the end of the...