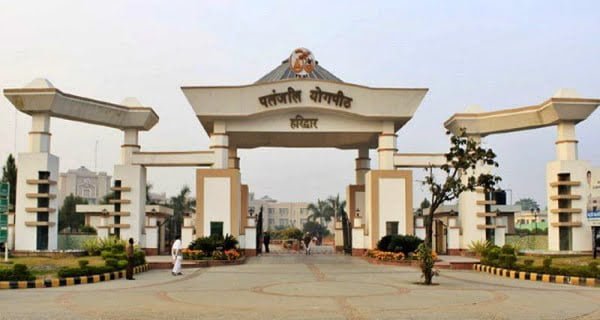 Haridwar: The havoc of Corona in Uttarakhand is now increasing. At the same time, this epidemic has knocked in the Patanjali Yogpeet too. In Patanjali Yogpeeth, Haridwar, 83 people have been found corona infected. All infected have been isolated. It is now being told that the corona test of Baba Ramdev can also be done. After getting such a large number of infected people, there has been a stir in the administration as well. At the same time, the corona investigation of other people present in Patanjali Peeth is also being done.

According to the information, patients of Corona are being found every day in many institutes of Patanjali Yogpeeth. Dr. Shambhu Jha, CMO, Haridwar, said that since April 10, 83 coronas have been found infected in Patanjali Yogpeeth Acharyakulam and Yoga Village. These corona patients have been isolated on the Patanjali campus. CMO said that Baba Ramdev will also be investigated corona if needed.

Earlier, OPD has been closed in All India Institute of Medical Sciences, Rishikesh. Official sources said that due to increasing cases of the epidemic, it has been decided to temporarily close the OPD. He said that the hospital has 200 beds for Kovid patients, which can be increased to 500 if needed.

In view of the increasing pace of corona infection in Uttarakhand, the government has made the restrictions more stringent. In view of this, Tirath Singh Rawat government has extended the duration of the night curfew in the entire state. Under the new SOP issued for the prevention of corona, there will now be a night curfew in all districts of the state from 9 am to 5 am.

03/09/2020
Mumbai: In its commitment to ensuring an uninterrupted supply of essential products to consumers, Bisleri International Pvt. Ltd. has announced the launch of Shop.Bisleri.com....

16/08/2020
New York: Robert Trump, the younger brother of US President Donald Trump, died Saturday night in a hospital. He was 71 years old. The...