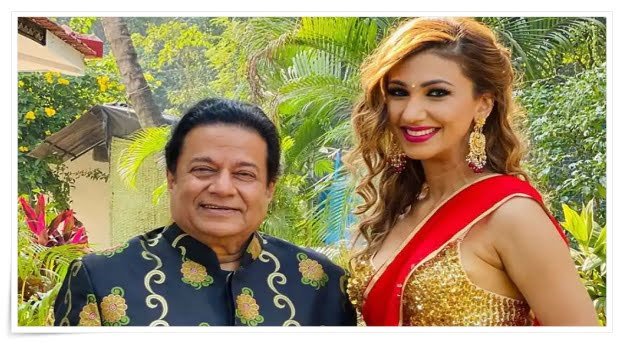 Mumbai: Apart from hymns, Anup Jalota has been in the limelight continuously in the last few years. At the age of 67, he once again did something that he is being discussed. Anoop and Jasleen Matharu pair was frozen in Bigg Boss Season 12. At that time, many types of news about both of them were also revealed. Both came on the show as a partner and their love story was very much in the news. Now a video of both of them is becoming very viral, in which Anoop Jalota is seen singing the song and Jasleen is also unable to stop smiling after hearing this song from her guru.

After listening to Anoop Jalota’s song, Jasleen Matharu could not stop smiling and started smiling and dancing. People are liking this video a lot and are giving quicker likes.

Social media users are also commenting a lot about this video of them. Reacting to the video, a user wrote, ‘Wah Jalota ji wah …’, while a user commented and wrote, ‘Very good …’

Jasleen Matharu has also previously shared videos with Anoop Jalota. But in this video, his song selection and Jasleen’s expressions are wooing people.

Anoop Jalota and Jasleen Matharu are going to be seen in the film soon as well. While Anup Jalota is called Bhajan Samrat on one hand, Jasleen Matharu also started learning classical and western music from the age of 11.

Why did the UN praise Mamata’s government?

30/09/2020
Mumbai, Maharashtra, India:  The Corrugated Box Industry is reeling under the twin blows - 4 massive Price Increases in a short span of two months on one...

why the maximum number of tigers are dying here in mutual conflict?

26/09/2020
Umaria(M.P): Bandhavgarh tiger reserve. After the death of a three-year-old tigress in a mutual conflict two days ago in Bandhavgarh Tiger Reserve, the question...