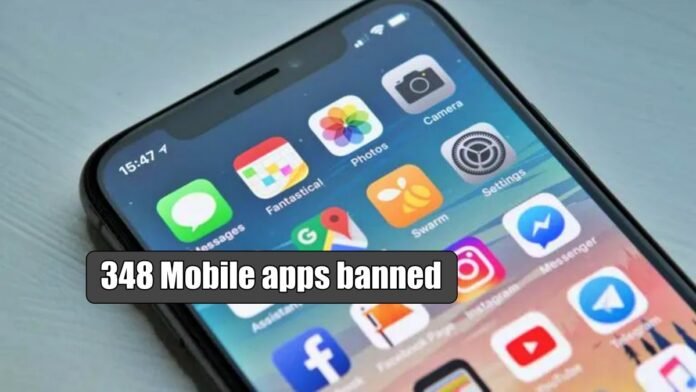 New Delhi: Amid rising complaints against mobile apps, the central government has identified and banned 348 such mobile apps developed by China and other countries. According to the information, these apps were collecting the information of the users and sending it to servers located outside the country in an unauthorized manner. The government gave this information to Parliament on Wednesday.

348 app banned
In the Lok Sabha, Rodmal Nagar had asked the question of whether the government has identified any app sending information outside the country and if any such app is detected then whether they have been banned. Responding to this, Minister of State for Electronics and Information Technology Rajiv Chandrashekhar said that, the Union Home Ministry has identified 348 such apps and they have been banned.

Were violating the security of the country
Chandrashekhar also told that, at the request of the Ministry, the Ministry of Electronics and Information Technology has blocked all these applications. Because such data transmission violates the sovereignty and integrity of India, the defense of India and the security of the state. Chandrashekhar said that these apps have been developed by various countries including China.

03/02/2022/10:05:am
Kyiv: The fear of a terrible war in Ukraine is increasing. Russia (Russia-Ukraine Conflict) is continuously doing military development near the Ukraine border. This...

10/10/2020/10:12:am
New Delhi: There is a slight decline in the number of patients infected with Coronavirus in the country. New cases of Corona have reduced...

05/08/2022/9:48:am
Tokyo: Japan and the United States on Friday agreed to work together to maintain peace in the increasingly tense Taiwan Strait amid China's major...

Third wave of corona will be delayed in India, ICMR report...