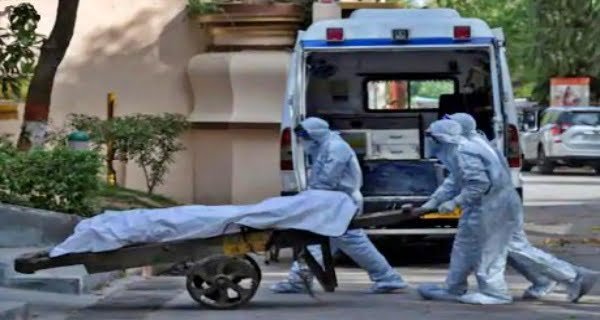 New Delhi: In the year 2020, May has proved to be the deadliest month since Corona’s outbreak in the country. Statistics show that since May 1 in the country, 95390 people have lost their lives due to the epidemic, which is 31.41 percent of the total figures. If we talk about cases of infection, a total of 2.67 crore cases have been reported in the country so far. According to the information given by the Ministry of Health, 1.45 crore, or 54.32 percent of these people have been infected after April 1.

In the month of May alone, 79.89 lakh people have been infected so far, which is thirty percent of the whole data. According to the Health Ministry, 3,03,720 people in the country have lost their lives due to the epidemic till Monday. After Brazil, America, today India has become the third country where more than 3 lakh deaths have occurred due to corona. The second wave of the epidemic has proved more deadly. Only 46 percent of deaths occurred in April and May. Since April 1, 1.40 lakh people have died in the country. There have been 95390 deaths in May. There were twice as many deaths in April as in May.

Figures increased rapidly, it took just 27 days to grow from 2 lakh to 3 lakh
The first death from Coronavirus in India occurred on March 12 in 2020. The virus took the life of an old man from Kalburgi in Karnataka. On 2 October, the figure of total deaths had increased to one lakh. At the same time on April 28, these two lakhs happened. Today India has crossed the three lakh mark. While there was a difference of 206 days between one lakh and two lakh deaths, it took only 27 days to reach two to three lakh. This figure is very worrying.

India started the vaccination program against the epidemic on 16 January. It started with the healthcare workers, but now anyone over the age of 18 can get vaccinated. Vaccination programs are currently underway in India with Covishield, Covaxin, and Sputnik-V.

Australia and New Zealand have decided to approve the travel bubble

New feature will be added in Google Pay, users will get more control over...

11/03/2021/9:36:pm
New Delhi: The digital payment app Google Pay will soon be released with new updates. With the arrival of this update, the user will...