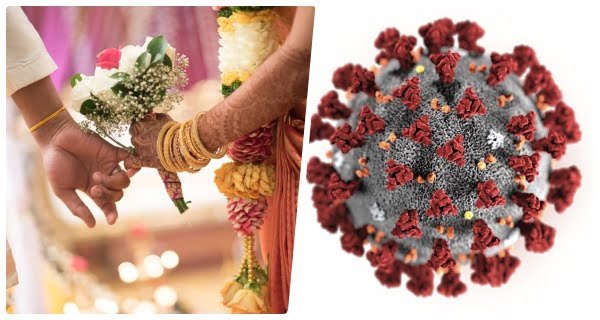 New Delhi: After the havoc of Corona since last year, there is some relief at the moment. In the midst of the fear of the third wave of Covid, cases of daily infection are being reported in very small numbers. However, after the festivals have passed properly, now the shadow of Corona is hovering over the weddings taking place across the country. According to an estimate of businessmen, this time around 25 lakh marriages will take place in the country starting from November 14. Out of which about 1.5 lakh marriages have been estimated in Delhi alone. Therefore, the one who attends weddings can become the carrier of Corona.

Praveen Khandelwal, National General Secretary, Confederation of All India Traders says that buoyed by the vigorous business in the festive season of Diwali, traders across the country including Delhi are now preparing for the sale of the wedding season and it is expected that on 14th November Dev Uthana From Ekadashi to 13th December, the first phase of marriages of a month will start. In which about 25 lakh weddings are estimated to take place across the country and this season there will be a business of more than 3 lakh crore rupees. Wherein Delhi alone is estimated to have a business of Rs 50,000 crore.

Khandelwal says that in the last two years, due to the Covid infection and the very low number of marriages, and the many restrictions imposed by the government, marriages were done on a very small scale. The number of guests at these weddings was also very less. People organized events in the presence of very few members, but this time due to very few cases of corona and the threat of Covid seems to be averted, this time big events are anticipated. People are preparing for a big social gathering this time.

On this estimate expressed by the traders, Dr. MC Mishra, former director of the All India Institute of Medical Sciences, says that the graph of the corona was estimated to increase on festivals, thankfully nothing like this happened and no new variants either. Came but there are still marriages left. The cases on festivals did not increase much even last year but things changed a lot after the wedding season passed.

Corona has become endemic
Dr. Mishra says that the biggest thing is that Corona has become endemic today. It is present around us today. Being very close to us, as soon as this virus gets a favorable environment, it will show its effect. The virus has neither ended nor gone anywhere. It has become a part of common life. A person with weak immunity will easily fall prey to it. There is no medicine for corona yet, although there has been a lot of relief due to the Covid vaccination.

Difficult to predict infection
Dr. Mishra says that the cases of Covid are coming less now, but despite this, it is very difficult to make any prediction about corona infection. It is quite possible that as festivals have passed in India, similarly marriages should also go out and no infection spreads. Or it may also happen that due to people coming from many states and cities and participating in the events of weddings, the disease may recur. In such a situation, no prediction can be made about it. Infection may or may not spread in it.

Kovid-19: Center asked states to strictly follow the guidelines regarding quarantine at home.

20/06/2020/12:36:pm
New Delhi: The central government has asked the states to ensure that its guidelines on indigenous isolation are fully implemented to prevent the spread...

05/10/2020/10:13:am
Rome: Pope Francis has said that the Coronavirus has proved that the "miraculous principles" of market capitalism have failed. He also said that the...