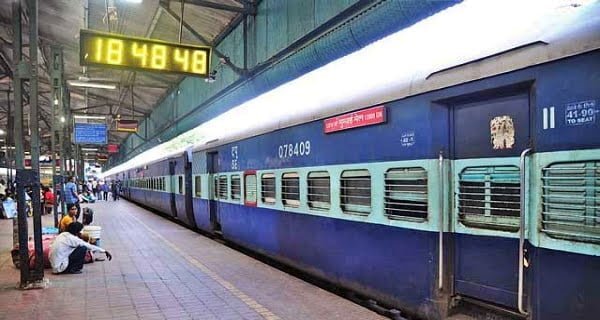 New Delhi: According to the big news of the morning, now as soon as the effect of Corona subsides, the Railway Board has taken a big decision to restore the trains to the pre-Corona condition. Yes, if the officials of the Railway Board are to be believed, then for two-four days all the important trains will start running from the normal numbers, that is, zero will be removed from these numbers. Apart from this, in some trains where the fare was increased after being a special class, it will also be returned as before.

Along with this, now the Railway Board has made it clear that the necessary Kovid protocol will be followed in the trains. That is, no one will be allowed to travel without reservation. At the same time, no blankets, sheets or pillows will be given during the journey.

The railway will be restored to its former condition
In this regard, an important order has been issued in this regard by the Railway Board late last night. Let us inform you that at present, 1744 trains are being operated including Shatabdi, Rajdhani, Duronto, Mail, and Express. At present all these trains are running as special trains. That is, there is a zero before the number. But soon these trains will now start running on normal numbers.

An order issued by Railway Board
At the same time, it has also been clarified in this order issued by the Railway Board that the necessary Kovid protocol will be fully followed. That is, even now the second class will not be allowed to walk without reservation. Apart from this, blankets, sheets, pillows given during the journey in trains will still not be given, as was happening during the Corona period. However, even now, nothing has been clarified in this order regarding the concession given by the Railway Board to many categories.

Gyan Raj of Ranchi will sit on the hot seat as the first contestant...

04/08/2021/9:26:am
Kabul: The capital of Afghanistan, Kabul was completely shaken by the loud bomb blasts on Tuesday. A car bomb exploded near the home of...

Princess of Dubai became prisoner, recorded video in toilet and told the agony