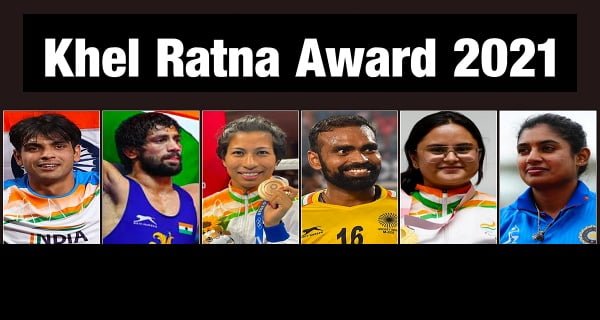 New Delhi: President Ram Nath Kovind on Saturday felicitated Olympic champion Neeraj Chopra, female cricketer Mithali Raj and para-athletes who created history in Paralympics. For the first time, 12 players were honored with the Major Dhyan Chand Khel Ratna Award, the country’s highest sports honor, in a program organized at the Durbar Hall of Rashtrapati Bhavan. Most of the award winners had performed well in the Tokyo Olympics and Paralympics.

The ceremony is traditionally held every year on August 29, the birthday of hockey wizard Major Dhyan Chand, but was postponed to include players who have performed well in the Olympics and Paralympics. The Khel Ratna award carries a cash prize of Rs 25 lakh, a medal, and a certificate of honor. The Arjuna Award carries a prize money of Rs 15 lakh, a bronze statuette, and a certificate of honor. Sports Minister Anurag Thakur, his predecessor Kiren Rijiju and other dignitaries were also present on the occasion.

21/07/2021/9:28:am
New Delhi: Where the tremors of the Earthquake are being felt every other day in the country. In this sequence, major tremors of earthquakes...