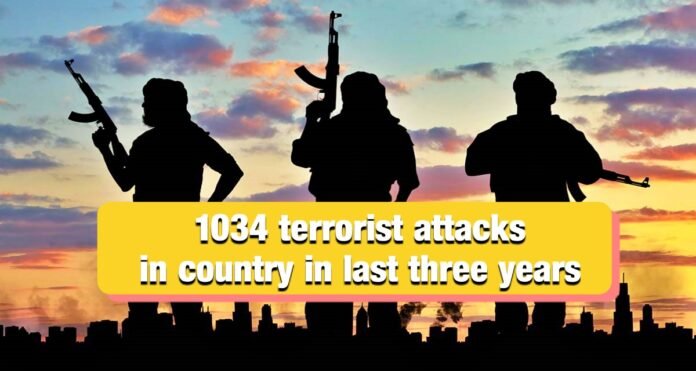 New Delhi: A total of 1034 terrorist attacks took place across the country in the last three years and a total of 177 jawans were martyred in these attacks. Out of these, 1033 attacks took place in Jammu and Kashmir alone while one attack took place in Delhi. This information was given by Minister of State for Defense Ajay Bhatt in response to a written question asked by the Deputy Leader of Congress in Rajya Sabha Anand Sharma.

30/06/2021/10:24:am
New Delhi: Public sector Coal India Ltd. (CIL) has decided to make its operations energy efficient and has committed to reducing carbon emissions by...

Will Baloch rebels disturb the work of China in Pakistan?

13/01/2021/2:32:pm
China has made great inroads in Pakistan by adopting its old recipe of infiltration by giving loans. This is a double blow for India...

12/08/2021/2:00:pm
Kabul: The Taliban is now also targeting the family of politicians to establish their dominance in Afghanistan. According to the report of News Unique,...

Tunnel to be built from the residence of the Vice President and Prime Minister...

04/03/2021/9:58:am
New Delhi: The movement of VVIP people like Prime Minister and Vice President in the new Parliament of the country will no longer be...