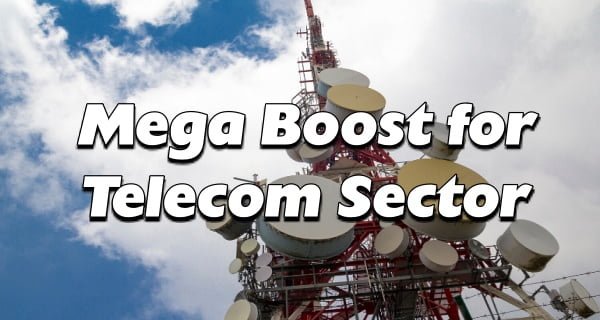 New Delhi: The Cabinet meeting has approved 9 structural reforms and 5 process reforms for the telecom sector on Wednesday. Amongst the raft of decisions taken for the telecom sector, one of the most important decisions is the spectrum user charge that has been rationalized. As per the decision passed by the cabinet, spectrum usage charges are rationalized; this will now be charged on an annual compounding of rates. In addition to this, the spectrum can now be surrendered and the spectrum can also be shared. This comes as a big breather for the telecom sector which is reeling under huge stress. In a bid to attract investment, the cabinet approved 100 percent FDI under the automatic route permitted in Telecom Sector.

“The reforms are deep and broad. They are structural. These reforms will bring in change today, tomorrow, and in the future. I do not like to put a number on the package as it is revenue-neutral for the government,” Ashwini Vaishnav, minister of telecom said.

Among the big reforms, rationalization of AGR, and waiving of spectrum usage charge (SUC) for spectrum acquired in future spectrum auctions are the most important decisions taken by the cabinet. Apart from this, the cabinet also approved a huge reduction in BG requirements against License fees (LF) and other similar Levies. The government made it clear that for future Auctions, the tenure of the spectrum is increased from 20 to 30 years. However, surrender of the spectrum is permitted after 10 years for spectrum acquired in future auctions.

“If someone took spectrum and business conditions and technology changed, after a ten-year lock-in period, after paying defined surrender charge, the spectrum can also be surrendered. This is big flexibility given to the industry,” the minister said while addressing a press conference. He also said that a spectrum auction calendar would be created and the tower set-up process now simplified on the basis of self-approval.

According to rating agency ICRA, the debt of telecom companies in India is likely to witness a rise in their debt levels to Rs 4.7 lakh crore by March 2022 despite tariff hikes. Some telecom firms such as Bharti Airtel and Vodafone Idea (VI) are under pressure at the moment as they have to repay a large amount to the government as part of pending AGR dues. The two major telcos along with Tata Teleservices have to clear their dues by March 31, 2031, in 10 installments.

“The savings in the cash flows will boost the telecom sector and pave the way for 5G auctions in India. The government is clearly committed to a speedy rollout of next-generation services in India through 100 percent FDI and also through self-declaration route for tower’s rollout,” Peeyush Vaish, Partner & Telecom Sector Leader, Deloitte India said.

Currently, the telecom company Vodafone Idea has a total liability of Rs 1.92 lakh crore. Of this, it owes ₹58,000 crores to the government as AGR dues. The rest of the amount includes spectrum-related dues and bank loans. In July, the Supreme Court had dismissed the telco’s plea to allow payment of self-assessed AGR dues that are way lower than that demanded by the telecom department.

Pfizer asked for approval from India, said-vaccine is effective on people above 12 years

27/05/2021/3:29:pm
New Delhi: American pharma company Pfizer has claimed that its vaccine is very effective against the spread of Coronavirus Variant in India. At the...

24/01/2021/11:15:am
Johannesburg: In South Africa, some Hindu priests have been accused of allegedly overcharging them for the funerals of those who died due to Covid-19....

Scindia’s helicopter strayed twice in Morena, once landed in the wrong place

21/10/2020/10:43:pm
Morena: Twice it happened with Rajya Sabha member Jyotiraditya Scindia who came to Morena to hold an election rally that his helicopter forgot the...