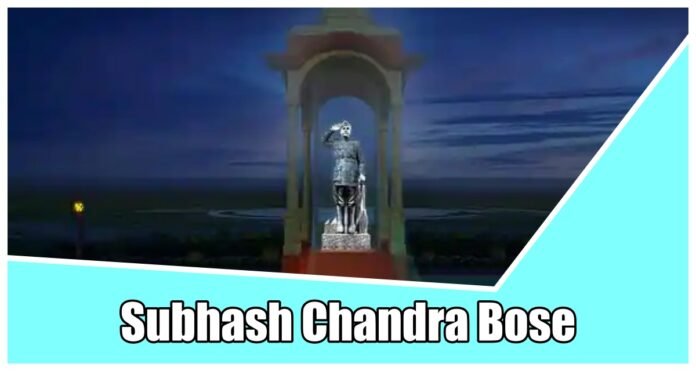 However, he died on 18 August 1945. But when he died, he was only 48 years old. He was a great Indian nationalist leader of our country who fought with great courage during the Second World War for the independence of India against British rule. Along with this, Netaji was also a free spirit, youth, and core leader of the Indian National Congress during the 1920s and 1930s.

Although he became the Congress President in 1938, he was also removed in 1939. But above all Netaji was a revolutionary freedom fighter of India who fought a lot and inspired a large Indian population for freedom struggle.

Let us tell the readers that Netaji had formed the Azad Hind Fauj only for the independence of the country. Then, “You give me blood, I will give you freedom…! Subhash Chandra Bose, who raised the slogan, still lives in the hearts of us Indians. Subhash Chandra Bose joined the Indian National Congress at the young age of 24.

After being active in politics for a few years, he formed a party alienated from Mahatma Gandhi. He had to go to jail many times for his nationalist activities but he never got tired or disappointed by it. After this, he formed the Azad Hind Fauj. Influenced by these revolutionary ideas of Subhas Chandra Bose, many youths joined the Azad Hind Fauj and contributed to the independence of the country.

Even today, the thoughts of Netaji inspire millions of people in many ways. The courageous work done by him for the independence of the country still inspires millions of Indian youth to do something for their mother India. Netaji’s great work and contribution will be marked in Indian history in the form of an unforgettable account for ages and will continue to infuse the future generation of India with the feeling of patriotism.

Controversial cartoons of the Prophet on the walls of buildings in France in...

22/10/2020/9:12:pm
Paris: Demonstrations have been taking place in France since the beheading of a teacher for showing a cartoon of Prophet Muhammad in a class...

Australia’s Melbourne trembled by earthquake, many buildings damaged, people ran on the streets

22/09/2021/10:07:am
Melbourne: A 5.8-magnitude earthquake was felt in Melbourne, Australia on Wednesday. Geology Australia reported that the epicenter of the quake was at a depth...

Arun Jaitley never won any election in 39 years, yet has...