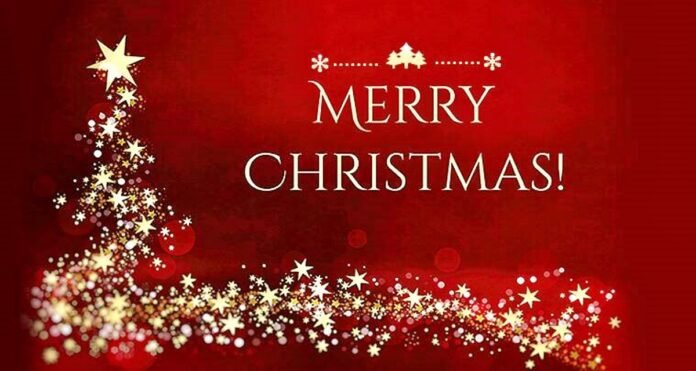 New Delhi: The festival of Christmas is celebrated on 25th December across the country and the world. As soon as Christmas comes, only one voice is heard in everyone’s ears – Merry Christmas. The same written messages would also come to wish you a Merry Christmas. You also reply ‘Merry Christmas’

Will give it in writing. But, have you ever wondered why ‘Merry Christmas’ is written instead of ‘Happy Christmas’ for ‘Christmas’ like in festivals like ‘Happy Holi’, ‘Happy Diwali’ and ‘Happy Easter’? Let’s know about this –

At the same time, the word Happy is used for happiness, good luck. In such a situation, people also use the word, Merry, to make the festival greeting emotional. By the way, the word Merry has also been in the dictionary for many years and its mention is found from the 16th century. By the way, it is not wrong to say ‘Happy Christmas. Even King George of England used it. It was also said about Britain’s Queen Elizabeth that she prefers to say ‘Happy’ more than the word ‘Merry’. Because he had little objection to the word Merry.

Also, many upper-class people of Britain have also been using Happy. But, ‘Merry Christmas’ remained in practice. Most people use Merry Christmas only.

Why wish only from Merry Christmas
The contribution of the famous English writer Charles Dickens is also a lot in popularizing this word. He made it popular through his book ‘A Christmas Carol’ published about 175 years ago. In this book, he wrote ‘Merry Christmas and Happy New Year’. After this ‘Merry’ became very famous and with Christmas, the word ‘Merry’ started being used. In such a situation, if you have also said ‘Happy Christmas’ to someone or someone has wished you ‘Happy Christmas’, then there is nothing wrong with it.

13/11/2021/9:58:am
Washington: The much-awaited digital summit between US President Joe Biden and Chinese President Xi Jinping will take place on Monday evening. Both sides are...

Netflix will be completely free for 2 days, know when and...

Blast near the Israeli embassy in Delhi, broken windows of several...