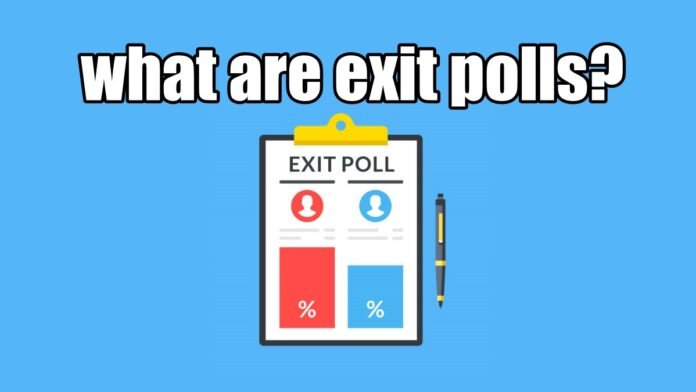 Exit polls are actually an attempt to draw conclusions through trends. Talking to people, it is estimated where the results can go. Through this, it is estimated that which political party is winning where and who will be behind. However, there has always been doubting about their truthfulness.

Recently, assembly elections were held in two states of the country, Himachal Pradesh and Gujarat. In Himachal Pradesh, votes have been cast in one phase of elections on November 12. There are 68 seats in the assembly. In which the last elections BJP won 45 seats and Congress 20 seats while 03 seats went to independents.

Assembly elections were held in Gujarat in two phases. For the first phase, votes were cast on December 01, while for the second phase, the work of casting votes is underway on December 05. There are a total of 182 seats in the Gujarat Legislative Assembly, in which the BJP currently held 182 seats, while the Congress had 60 seats. Others had 04 while 08 seats were vacant.

Since questions are always raised on the accuracy of exit polls, it is natural to question what are these exit polls and how accurate are the predictions they make regarding the election results.

China’s exports increased in July despite Corona and trade tensions

07/08/2020/7:25:pm
Beijing: China's exports in July rose 7.5 percent compared to a year earlier, despite the Coronavirus epidemic and continued trade tensions with the US....

23/10/2020/12:23:am
Bangalore, Karnataka, India: CSS Corp, a new-age IT services and technology support company, today announced that it has been recognized as a Leader in the...

24/08/2020/9:16:pm
Ranchi: Former Jharkhand Chief Minister and Jharkhand Mukti Morcha president Shibu Soren have been admitted to the hospital. He was admitted to Medanta Hospital...

Black layer on Onions is not a black fungus, Common Myths...