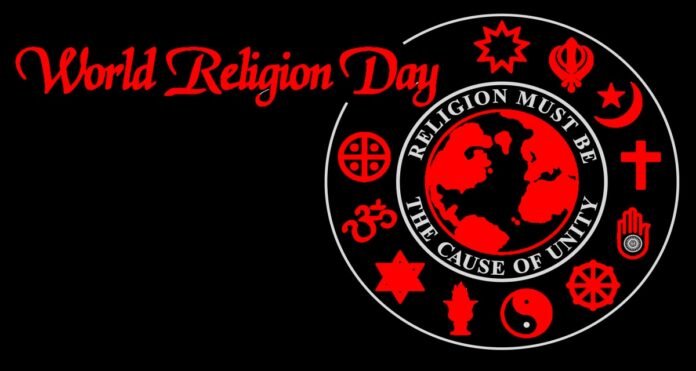 New Delhi: Every year on the third Sunday of January, ‘World Religion Day’ is celebrated all over the world. Let us tell you that this important day started in the United States of America. Let us tell you that this day is celebrated internationally. It was started in America by members of the Bahá’í Faith to honor beliefs that are generally shared by world religions. The gathering was organized for the purpose of “The Golden Rule” and how religions should be the force of unity but not the cause of division.

World Religions Day was created as a day for religious organizations to develop dialogue and forums that are associated with different religions. So it is a day for each person to try to reach out to other persons with different religious identities. This day is very important for all of us, religiously all apart from all religions are equal and above all there is humanity, this day is celebrated to bring unity in it.

History of world religion day
Let us tell you how World Religion Day started. Indeed, World Religions Day was first celebrated in October 1947 at the Eastland Park Hotel in Portland, Maine, under the title “World Peace Through World Religions”. The program was conducted by Firoz Qazi Majja Deh.

In December 1949, various communities in the United States celebrated “World Religion Day” in local newspapers. The day was popularized around the world by the Bahá’í members of the National Spiritual Assembly held on 15 January 1949.

Bahá’í is a form of faith that emerged in the 19th century. The Bahá’ís have three basic principles: the unity of God, religion, and the human race. They believe that all human beings in the world are born to be equal, and they all have equal rights and duties.

18/06/2020/10:00:pm
Amsterdam:(PTI) A statue of Mahatma Gandhi has been vandalized here in the capital of Netherlands by unknown miscreants with graffiti and spray painting, amid...

15/07/2020/12:22:am
Delhi: Two Indian pharmaceutical companies are testing the Coronavirus vaccine on humans at different locations in the country and the good news is being...

US will stop buying Chinese goods made forcibly from Uighurs, this law passed

10/12/2021/2:02:pm
Washington: Amidst the tension with China, America has taken a big step. The House of Representatives has passed a law to prevent the forced...

Guidelines issued by the Center regarding Covid-19, special instructions for the new strain of...

28/12/2020/8:54:pm
New Delhi: The Ministry of Home Affairs has extended the guidelines issued for monitoring of Covid-19 (MHA Guidelines for COVID-19 surveillance) till 31 January...

The face will remain young if you perform these yoga postures