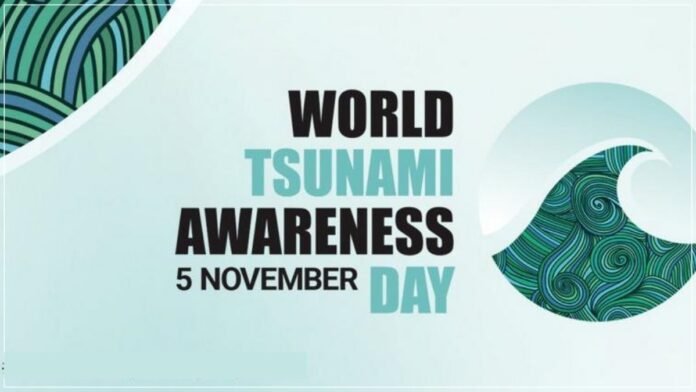 New Delhi: Every year on November 5, World Tsunami Awareness Day is celebrated all over the world, this day has a great significance all over the world. World Tsunami Awareness Day is celebrated every year on 5 November by the United Nations to spread awareness about natural disasters. According to the official United Nations website, the Indian Ocean tsunami disaster in December 2004 was the most devastating of any other natural hazard in the past 100 years, killing more than 260,000 people. In 2015, the United Nations declared World Awareness Tsunami Day to be celebrated.

This day promotes the Sendai Seven Campaign. This organization helps in reducing disaster damage to critical infrastructure and promoting basic services. The Indian Ocean tsunami in December 2004 affected 14 countries. But its greatest impact was seen in Thailand. According to a report, 2,27,000 people were killed in this tsunami in Sri Lanka, Indonesia, and India alone. To spread awareness about natural disasters, the United Nations General Assembly (UNGA) declared 5 November as World Tsunami Awareness Day in December 2015 and since then the day is celebrated continuously every year.

The United Nations Policy-making Department called on civil societies, countries and several international bodies to share their innovative approaches to raising awareness and reducing the risk caused by tsunamis. This day is mainly celebrated to make the people aware of the tsunami and for the 700 million population.

World Tsunami Awareness Day is observed since the initiative of Japan. The word “tsunami” is derived from the Japanese word. Composed of “tsu” (port) and “nami” (wave). According to the UN website, an estimated 50 percent of the world’s population will live in coastal areas exposed to floods, hurricanes, and tsunamis. Increasing international cooperation for developing countries will help ensure that 100 percent of tsunami-risk communities are tsunami ready by 2030.

Protect Your Furniture from Predacious Termites with HiCare’s Termite Control

24/11/2022/1:48:pm
Being a homeowner comes with a whole set of responsibilities to fill. The most important would be keeping your home safe from unwelcome termites....

Before release of ‘KGF 2’, tickets are being sold in cities for...