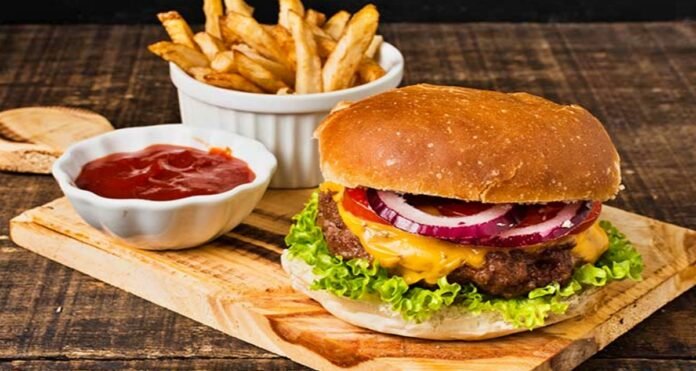 In today’s irregular lifestyle, it has become very difficult to find time for food. People now take Take It Easy to eat. Meaning they eat whatever they get. This is the reason that most people give preference to fast food instead of a healthy diet. Because its availability remains the reason for its excessive use. By the way, doctors and health experts have been telling many disadvantages of eating fast food. But now according to a recent study in London, people’s immune system is getting affected due to excessive consumption of fast food. According to a news report by The Guardian, eating heavily processed foods, including burgers and chicken nuggets, is leading to an increase in autoimmune diseases worldwide. Actually, people’s immune system is getting confused due to fast food.

Scientists believe that people are suffering because their immune system cannot tell the difference between a healthy cell and a virus-like organism that has invaded the body because of fast food.

The main reason for the lack of fiber component
Researchers at the Francis Crick Institute in London are studying the cause. For now, they hope that this is due to the lack of components in a fast-food diet, such as fiber, that affect a person’s microbiome. Play an important role in controlling actions.

Autoimmune diseases, including type 1 diabetes, arthritis, inflammatory bowel disease, multiple sclerosis, are caused by the body attacking its own tissues and organs.

4 million people affected in western countries
There are around 4 million people with an autoimmune disease in the UK. At the same time, internationally, these cases are increasing between 3 to 9 percent per year. Previous studies found a link between environmental factors and an increase in conditions that involve the introduction of more microplastic particles into the body. There has been no change in human genetics in the last few decades.

11/02/2021/10:17:am
Dakar, Senegal: On Wednesday, 28 Togo peacekeepers were injured in an attack on a temporary United Nations base in Mali. UN spokesman Stephen Dujarric...

12/01/2022/10:07:am
Washington: European Parliament President David Sassoli has died in a hospital in Italy. His spokesperson gave this information by tweeting on Tuesday. Spokesman Roberto...